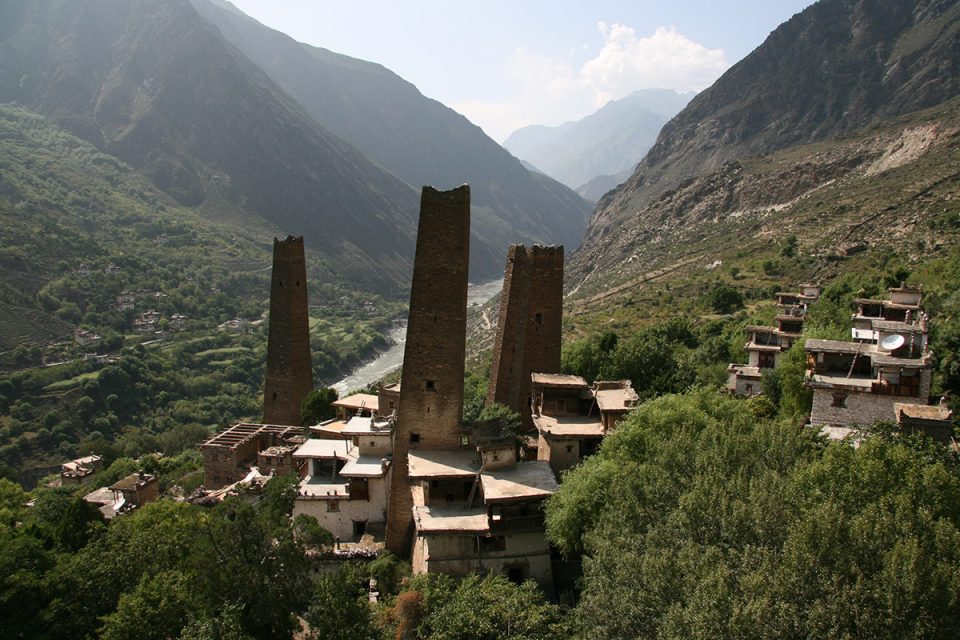 Danba (丹巴) is a small town along the border of the Tibetan and Qiang ethnic regions of Sichuan. It is known to adventure travelers for the ancient Qiang watchtowers that cling to the steep slopes of the surrounding mountain valleys.

In order to get up close and personal with these impressive monuments, we hired a driver and headed out into the villages of Zhonglu and Suopo near Danba. After roaming the terraced cornfields and orchards, we casually strolled by houses with towers waiting for an invitation. Hilariously, there weren’t many people out and about, so we circled around clearing our throats trying to get somebody to come outside and notice us. Eventually, a Qiang woman with beads in her hair emerged from a house and ushered us towards her very impressive tower. 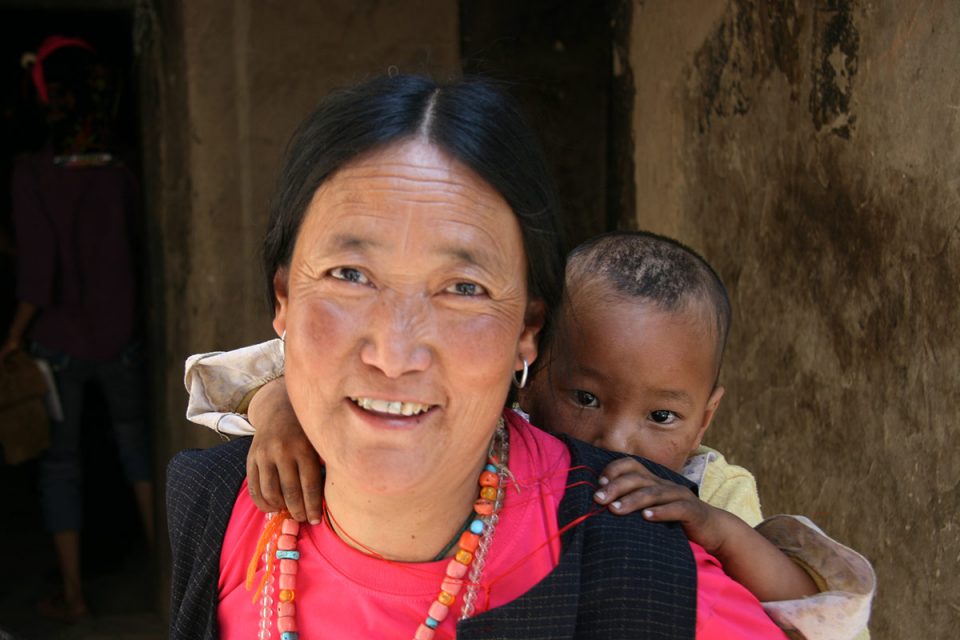 Of course, just walking by one of the towers feels risky. The soaring stone structures are hundreds of years old, not very well maintained, and many of them look like they are about to topple over at any second. In other words, we had to climb one! 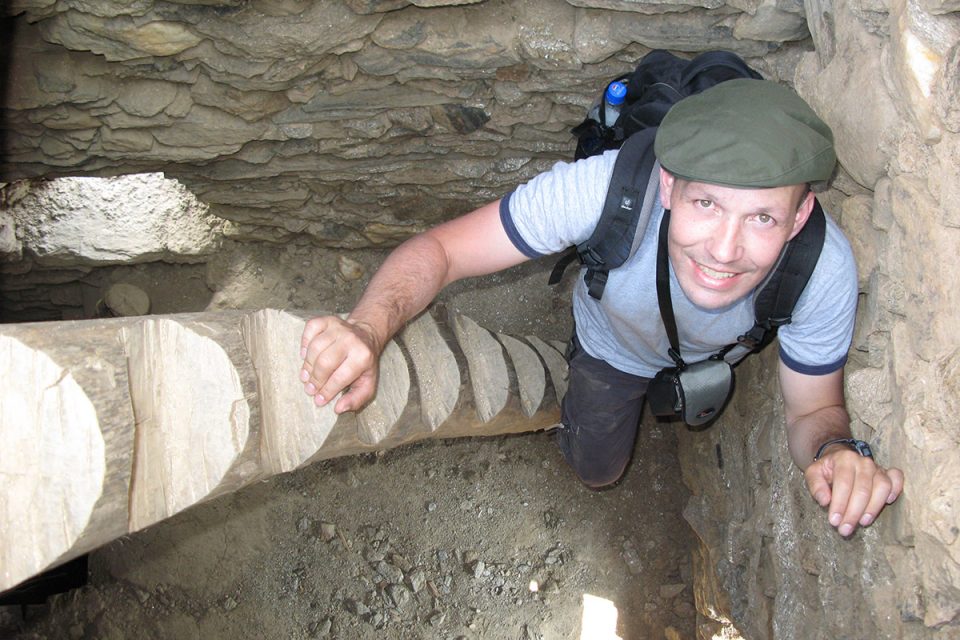 For a small fee, we got an apple and a “guided tour” to the roof. As we worked our way up, the caretaker cautiously showed us where to step and, more importantly, where not to step. The floors and notched ladders felt like they were going to give way under our feet. At moments, I worried my foot might break through the floor! But it was all worth it for the epic views of Suopo. 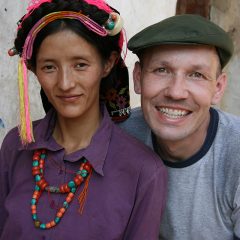 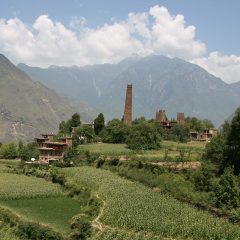 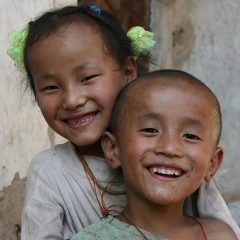 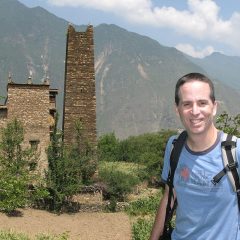 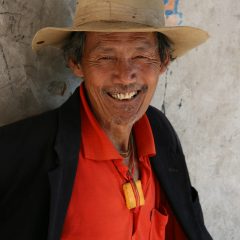 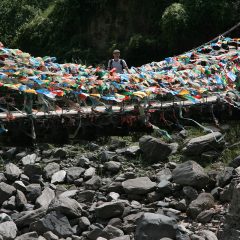 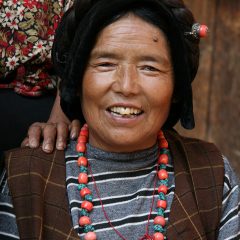 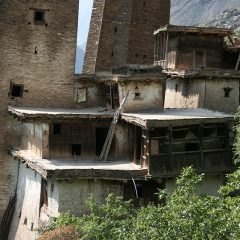 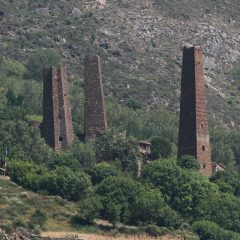 Standing on the crumbling roof, ancient towers and traditional villages sprouted from the cliffs and slopes around us. Nearby, the famous cluster of three towers that have made Suopo so famous erupted from a canopy of trees and layered houses. Below the towers, a river flowed through the valley leading off into high forested mountains shrouded in clouds. We waved down to locals working in their cornfields or relaxing on their adobe balconies. Needless to say, they stared back up at us in stunned curiosity. 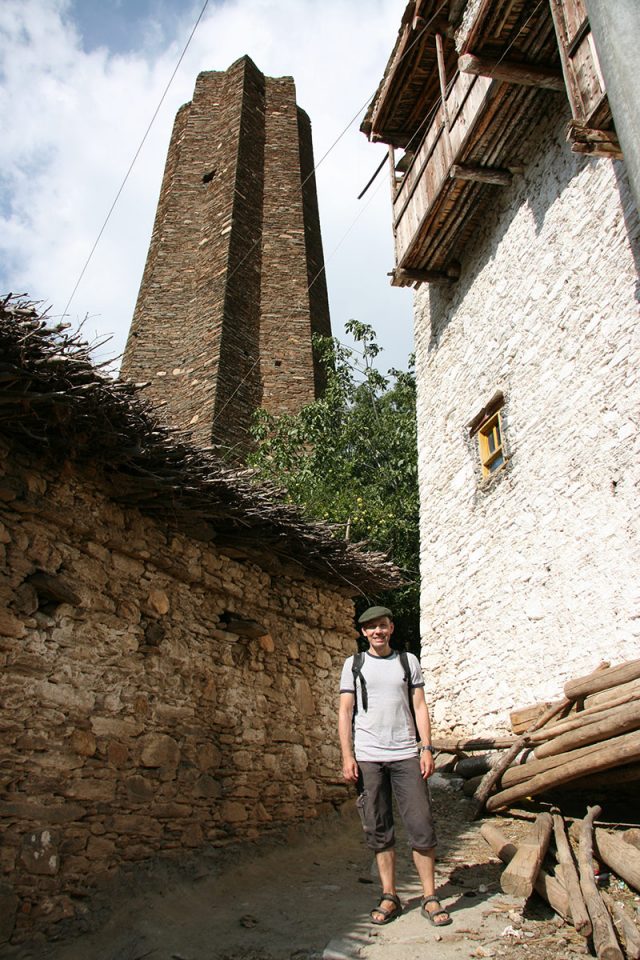 Meeting the People of Suopo

After climbing back down, the caretaker surprised us with a large bag of apples. (Apparently, we had either overpaid for our climb or they just really needed to get rid of apples.) When we asked if we could take some pictures of the family, they readily agreed. People swarmed out of every room. They put on hats, straightened blouses, brushed off dust, and the women redid their elaborately braided hair.

Our tower visit morphed into an even more rewarding cultural exchange as we snacked on apples, swapped stories, and composed portrait after portrait. We came for the towers, and stayed for the great company. 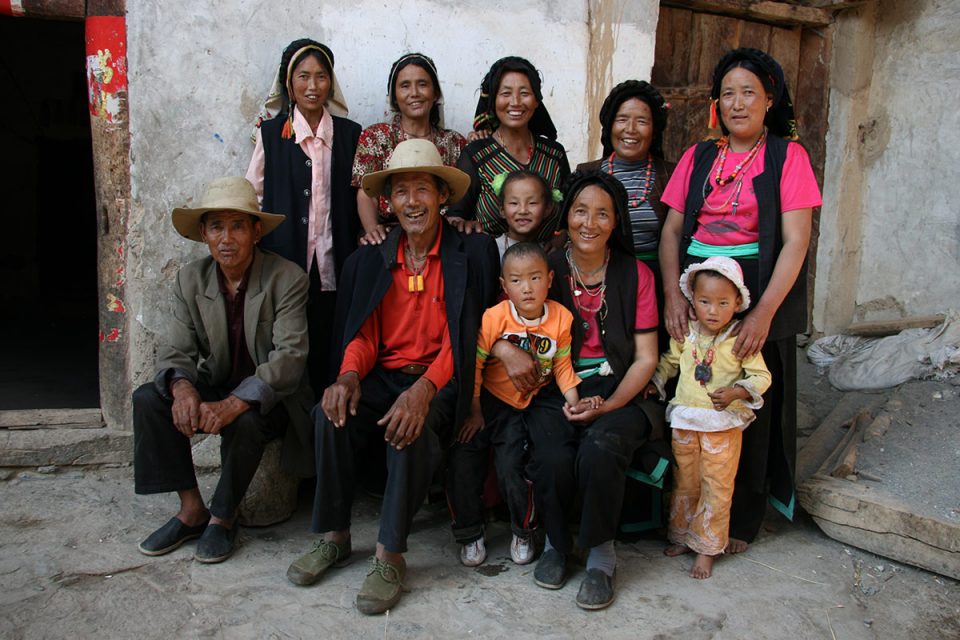 We originally posted this description of our visit to the Qiang towers near Danba during our explorations of Sichuan in 2007. This was just a year after the Danba towers were listed on World Monuments Watch as endangered monuments. At the time, the stone towers were not frequently visited and were poorly maintained. We weren’t joking about our feet breaking through the floor. Since then, many of the towers and surrounding houses have been restored. The Zhonglu and Suopo towers now feature more prominently on itineraries.

3 responses to “Leaning Towers of Danba”