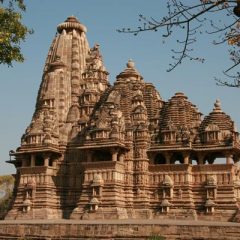 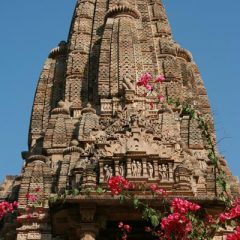 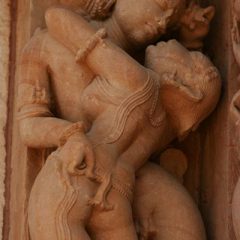 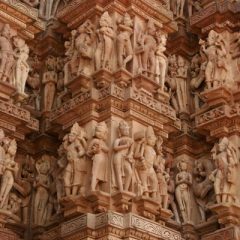 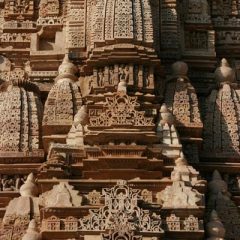 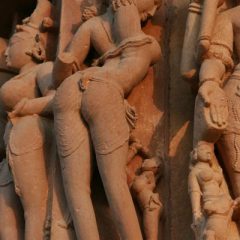 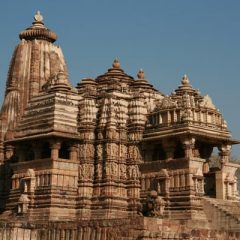 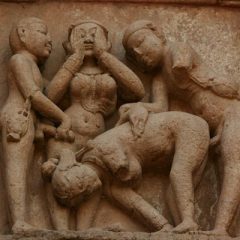 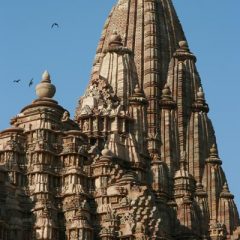 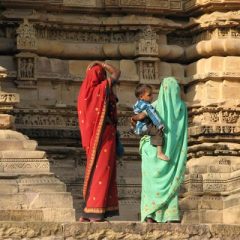 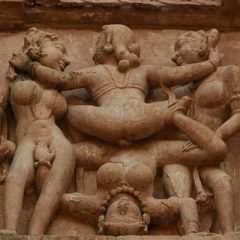 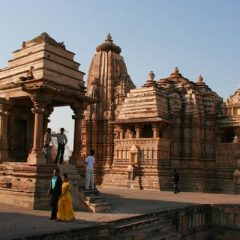 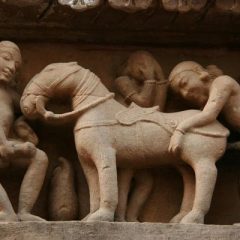 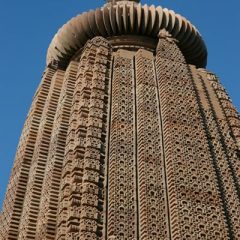 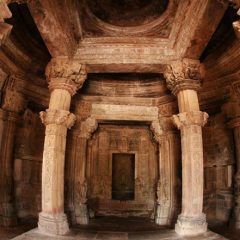 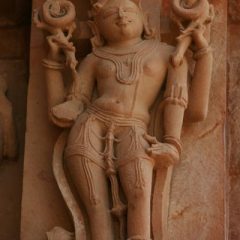 Khajuraho, a town of once-lost temples in modern-day Madhya Pradesh, represents the high point of Chandela temple architecture. The incredible statue work and carvings on the Hindu and Jain temples were spared defacing by Muslim invaders due to the site’s previously remote, forest location.

Sexy, sinuous, and anything but subtle, imagine the feigned shock and horror of the early British when they “discovered” these works of scandalous art back in 1838. And yet they just kept coming back to get one more look!