Apparently, the Oscar nominated “Milk” presented some kind of special threat to Indian society. Yes, there’s a little Big Brother in the world’s largest democracy. As Indians gathered to see if “Slumdog Millionaire” would take best picture, they may or may not have noticed that little bits of the Oscars were disappearing right before their very eyes. 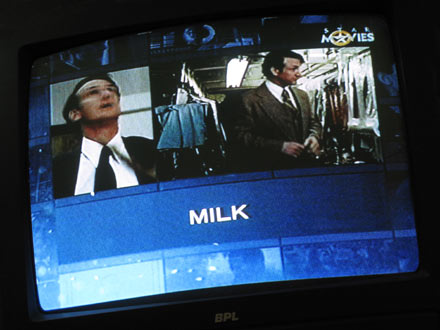 Then again, maybe they didn’t as such censorship is quite common here, even on pay TV. Clips from “Milk” and parts of the award recipients’ speeches were cut to spare viewers the hideous ways of the West. Shiva forbid that Indians might be exposed to anything that might taint their sensitive souls. Oh, so fragile.