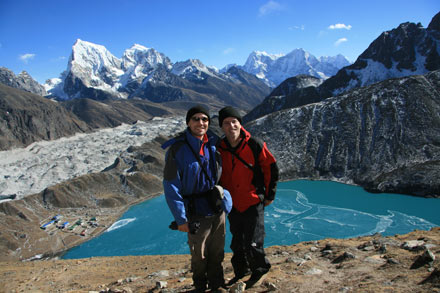 The highlights of the Gokyo valley were – surprise, surprise – the amazing mountain scenery and a series of glacial lakes situated along the moraine of the Ngozumpa Glacier. What was totally unexpected and quite eerie was the moaning of the partially frozen lakes. Probably caused by air trapped underneath the ice, the haunting whale-like sounds echoed off the valley walls reverberating around us. 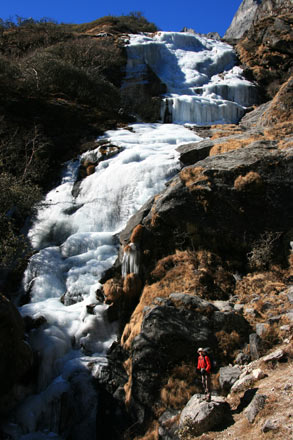 We stayed in Gokyo for seven days where we enjoyed the unbeatable view from our hotel window and hanging around in the warm common room – I can’t even imagine how much we would’ve had to pay if this had been in Switzerland. 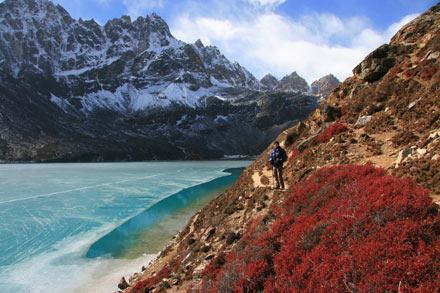 But sitting around and relaxing was not all we did. We went on numerous day hikes including to Renjo La Pass, Scoundrel’s Viewpoint at the fifth lake Ngozumpa Tsho, and to Gokyo Ri, the viewpoint above Gokyo (5357 m / 17,575 ft) from where we had a stunning view of four of the six highest peaks in the world: Everest, Cho Oyu, Makalu and Lhotse. 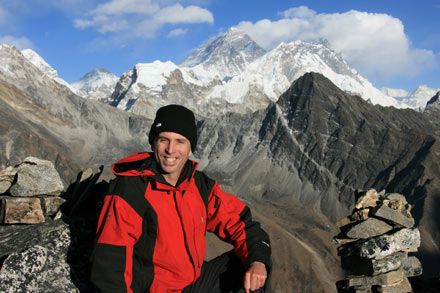 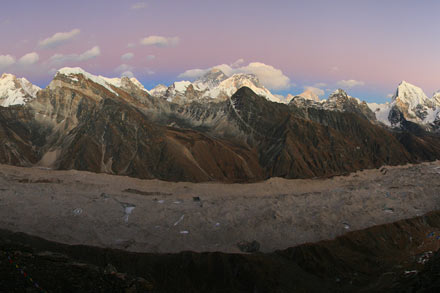