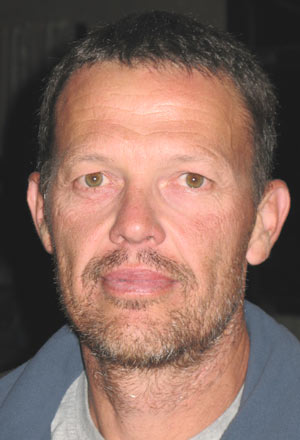 While trekking the Annapurna Circuit, we met Glen, an IT professional turned Tibetan Buddhism teacher. He is a classic Contemporary Nomad having lived only five out of the last twenty three years in his native Australia. Admittedly, it is almost impossible trying to force Glen’s life in a few paragraphs, and so it leaves me only scratching the surface. Glen started out like many young Australians after completing their education: go abroad, work and travel for a while and move back to Australia. It wasn’t until eight years later, however, that he returned back home.

After moving to Europe, Glen worked as an IT professional in Germany and Switzerland, and, during that period, took some time out to participate in an organized 4-months overland trip from Ecuador to Brazil where he enjoyed himself during Carnival in Rio.

It was on a subsequent overland trip from London via Africa to Kathmandu when Glen first became interested in Buddhism. As he was traveling through the various countries, he read about their religions and found that the basic principles were very similar but that they differed widely in their philosophies. Glen developed a liking for Buddhism. To him, this religion just made sense.

After working in Europe and traveling between jobs, he returned to Australia. Glen worked as a dive instructor, traveled frequently to India where he studied Buddhism, and spent one week in a Pakistani jail after he was arrested as a “spy” while trekking in a restricted area in Pakistan.

In the meantime, his interest in Buddhism had grown so much that he started a 7-year study program to become a teacher for Tibetan Buddhism at the Lama Tsong Khapa Institute in Tuscany, Italy – yes, in Italy! This was followed shortly after by an 8-month meditation retreat in Granada, Spain – that’s right, in Spain!

Glen is currently looking for a teaching position and while he is open to traveling more, he is also looking forward to staying and teaching in one place for a while. How long this might be – who knows?! To this day, Glen has yet to see Tibet. I guess, it can only be a matter of time before Glen makes it there after having studied Tibetan Buddhism for so many years.