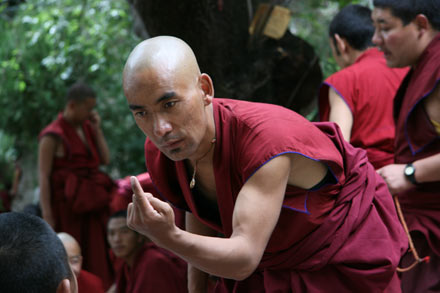 You haven’t seen anything until you’ve seen hundreds of Tibetan monks debating. You might expect monk debate to be a low-key intellectual pursuit – you would be wrong. They scream, they yell, they swing their arms and clap their hands in their opponents face. It’s anything but low-key. And the whole time we were watching them debate, they were exchanging money – what’s that about? Hmmmmm. 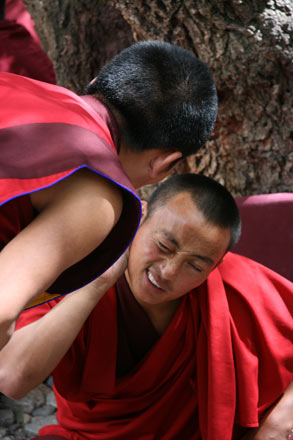 The debates at the Deprung monastery were one of the weirdest, most bizarrely thrilling spectacles I’ve seen in Tibet. And even more strangely, we were encouraged to walk through the debates and photograph the whole thing.

Tibet aficionados might be thinking I have confused Deprung with Sera. I haven’t. While most people visit debates at the Sera monastery, the debates shown here took place at Deprung. 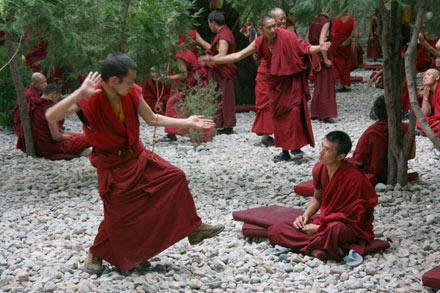 To see and hear the debates, watch our short video: