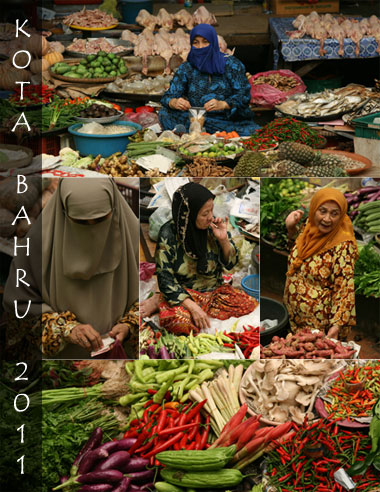 The colorful central market in Kota Bahru holds a special place in my heart. I first visited in 1991 while traveling from Bangkok to Singapore via the famous Malaysian jungle railway. Despite the fact that I have been to a thousand markets across the world from Guatemala to Ethiopia to Tibet, this particular market remains one of my absolute favorites. I was eager to bring Thomas here to experience the visual feast.

And while a host of modern grocery stores are starting to erode the importance of this fabulous institution, it remains the highlight of any visit to the city. The colorful vegetable stalls and beautifully dressed Malay saleswomen are still very much present, although not quite in the same numbers as in 1991. It was also quite interesting to note END_OF_DOCUMENT_TOKEN_TO_BE_REPLACED 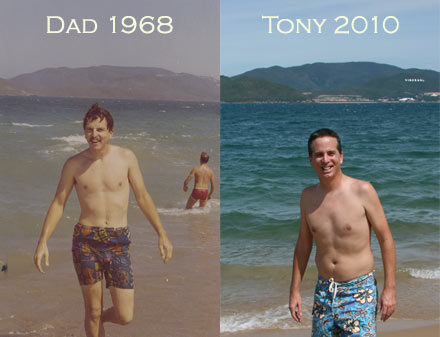 I’ve never been to Nha Trang before, but in many ways, our arrival here felt like an important return. On Dec. 18, 1967 my father, who was in the US Air Force, was sent to Nha Trang where he worked for exactly one year refueling planes and driving fuel trucks.

Those of you familiar with the war might recognize that his arrival date was shortly before the notorious Tet Offensive, a dramatic shift in the war which strictly limited non-essential movements around the country. This meant my father pretty much spent the entire year in the area between Nha Trang and Cam Ranh Bay Air Base – which is probably END_OF_DOCUMENT_TOKEN_TO_BE_REPLACED 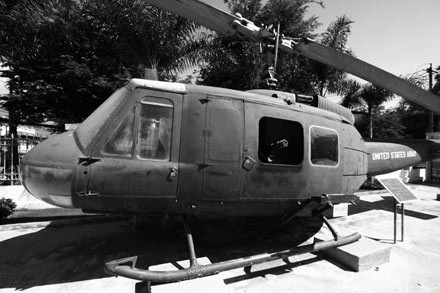 Most Americans have probably never stopped to think about what the Vietnamese call the “Vietnam War.” Well, it turns out that they refer to it as the “American War.” Modern-day Vietnamese view the conflict as major episode in their much longer struggle for independence and celebrate their victories with monuments and museums much as Americans celebrate the American Revolution.

One such institution is Ho Chi Minh City’s superb War Remnants Museum, which offers several exhibits documenting and detailing the conflict from the Vietnamese perspective. The exhibits are graphic and challenging, provoking those with simplistic, romanticized visions of war with the more complex and horrifying realities.

Walking through the museum, I noticed several fellow Americans (as well as other nationalities) glued to END_OF_DOCUMENT_TOKEN_TO_BE_REPLACED

When I pulled a piece of clear plastic out of my Spaghetti a la Puttanesca during lunch today, I was just reminded of all the odd things we’ve found in our food throughout the years. 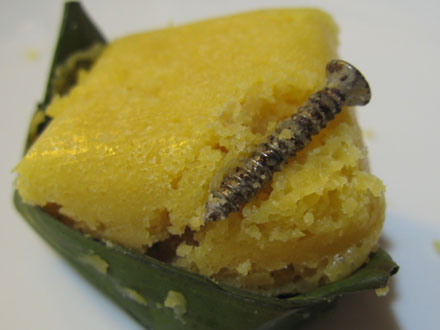 There was the sizable screw in a piece of corn bread I bought in Thailand or the spiral metal shaving embedded in my doner kebab in Germany. Imagine Tony’s surprise when he discovered a cockroach in his sticky rice in Cambodia or a freakishly long nail in his mutton biryani in India. Not to mention the occasional rock, piece of barbed wire, band-aid, match, fingernail or hair (and I’m not talking about the silky, straight ones).

Nutritional values aside, this is mostly stuff that should stay in tool boxes, first-aid kits or people’s pants. I can’t stop wondering how these things make their way into dishes. It can’t all be accidental, can it? 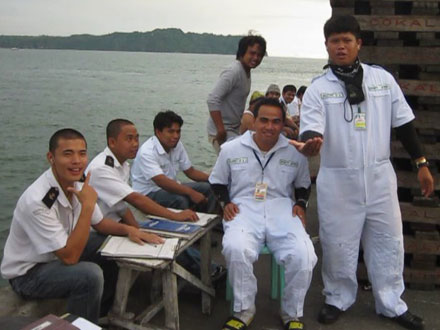 There are many memories of World War II in the Philippines: the sunken fleets of Coron and Subic Bay, old bunkers and forts, and the destruction of old Manila, a once legendary colonial masterpiece.  One of the stranger remnants of the war is “Hey, Joe”, a greeting from the past that has been carried over into the 21st century. The name “Joe” given to the many nameless American soldiers who were stationed here, has become synonymous with male foreigners – any Joe Schmo or Average Joe who is visiting the country. Yes, the memory of G.I. Joe is very much alive in the Philippines.

It’s not unusual to hear the greeting several times a day. Whether from kids or adults, it’s usually accompanied by a wave and a fair amount of snickering. At first, I was like, “No, no, my name is Thomas,” but that only caused hysterical laughter. Now, after several months, I’m used to it. What I haven’t figured out, though, is how Western women are greeted in the Philippines. Do they get a “Hey, Jane”?

The Beach by Alex Garland

Before we leave El Nido, I thought I should mention one little relatively unknown tidbit on the region. It is believed that Alex Garland based his novel “The Beach” on tiny Secret Beach hidden on the west coast of Matinloc Island. Many assume his perfect beach was a reference to the beach backing Maya Bay on Phi Phi Le in Thailand, especially since his famous novel was set in Thailand. Moreover, a computer-enhanced version of Maya Bay was used in the film version of his novel.

But many people do not realize that Alex Garland spent an extended period of time in the Philippines before he wrote the famous book. And it’s rumored that Alex himself has admitted the beach he was describing was indeed in the Philippines. If that’s true, Secret Beach must be the legendary backpacker hideout.

As you can see in the video, to access Secret Beach, visitors must dive off their boat into the deep waters of the Tapiutan Strait and swim towards a seemingly impenetrable karst wall. During calm tides, gutsy swimmers can make their way through a keyhole crack in the wall to access a tiny lagoon backed by a white-sand beach within. Although Secret Beach is much smaller than the beach described in Alex Garland’s novel, the adventurous approach is exactly the same. The fantastic location and evocative atmosphere would certainly inspire many an author. 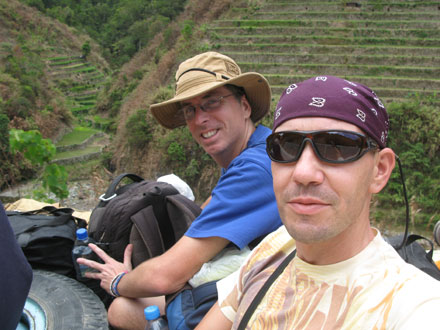 Boy, taking a bus or jeepney in the Philippines can be quite an adventure. On more than one occasion, we have found ourselves stuffed onto the roofs along with grandmas, rice bags, chickens, firewood and iron rods holding on for dear life while maneuvering the scary roads of northern Luzon. Luckily, seat belt laws are only enforced for the drivers.

This really takes me back 16 years to when Tony and I made our way from Germany to South Africa overland. Transportation then was also challenging, and a regular bus ride was the exception. I vividly remember riding on a gasoline truck during a END_OF_DOCUMENT_TOKEN_TO_BE_REPLACED

The Most Bombed Country in the World 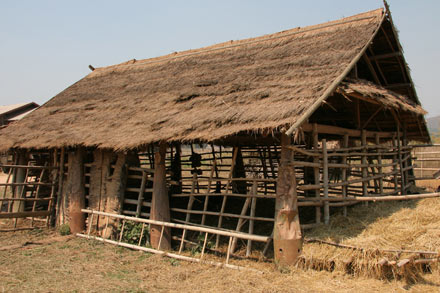 Missiles, mines, mortar shells, and cluster bomblets litter the landscape. Reminders of the various wars are everywhere including in the local architecture. We saw shells and missile casings decorating stilt houses, shacks, guesthouses and even the local Internet cafe. Talk about surreal.

So who dropped all this on Laos? END_OF_DOCUMENT_TOKEN_TO_BE_REPLACED

Legend of the Mekong Naga

Travelers visiting Cambodia and Laos are often shocked to discover a strange picture of American military men holding a 25-foot “Naga.” This mysterious animal, named after the legendary Hindu serpent deity, is said to have been pulled out of the Mekong by the American soldiers in Laos in 1973. Wow, that’s incredible!

Except that it’s not true. In reality, the picture is far more domestic in origin than I would have imagined. The picture shows American military men in my home region of Southern California holding an oar fish. Although I’m a diver, I had never even heard of an oar fish until I started researching the picture on the Internet. Now, I realize there is yet one more amazing animal that I have to put on my must-see list. 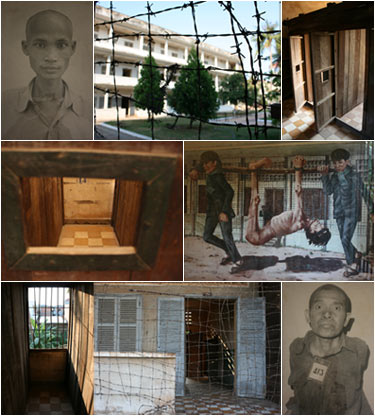 S-21 is not as known abroad as the Killing Fields, but the high school turned torture/murder center is yet another chilling reminder of the nightmarish rule of the Khmer Rouge. The site has now been converted into the Tuol Sleng Genocide Museum in remembrance of the prisoners who died here or passed through on their way to the Killing Fields. For visitors who want to learn about Cambodia, this is another important place to visit when in Phnom Penh or to read about online.