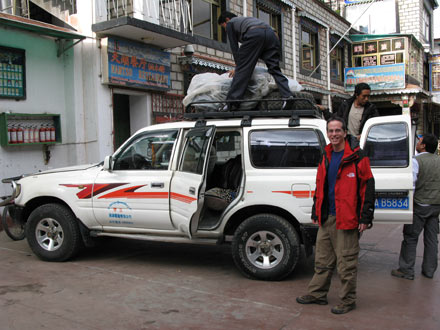 I can’t believe my dream of doing the Kailash kora is going to become a reality. We finally got the permits! After all the paperwork in Xining and Lhasa, the stress of arranging transportation, and the challenge of finding people to split costs, everything seems to have miraculously fallen into place.

Dimitri and Irina showed up with a huge apple pie, which they had specially ordered to celebrate our departure. Can you believe that? An apple pie in Lhasa!!! We are so lucky to have found such cool people to go with.

In addition to a driver, the Chinese government has just recently started requiring that an official guide accompany travelers outside of Lhasa. We were warned END_OF_DOCUMENT_TOKEN_TO_BE_REPLACED

We are scheduled to leave tomorrow on our 17-day trip to western Tibet and the permits are still not here! I guess, eight days of paper-pushing is just not enough time. If we wait any longer, we either have to cut our trip short or overstay our Chinese visa (which would cost us $100 a day in penalties). It’s infuriating!

How are We Doing This?

I am sure a lot of you are wondering how we are actually managing to submit so many postings while traveling through such remote locations. The truth is that there is a buffer time between where we are traveling and the postings on the blog.

Clearly, we have not had Internet access on every mountain top or in every monastery where we have stayed. We write the postings as we travel and then load them into the blog software when we find an Internet cafe. The postings are gradually automatically being posted as we travel to our next destination.

The big challenge is correctly guessing where we will next have Internet access. If the postings suddenly stop, you’ll know we chose poorly. 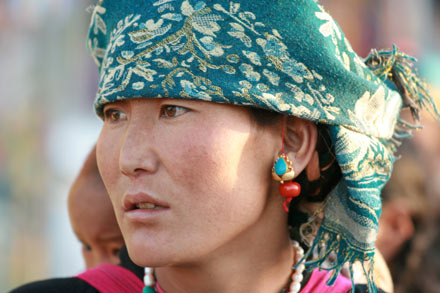 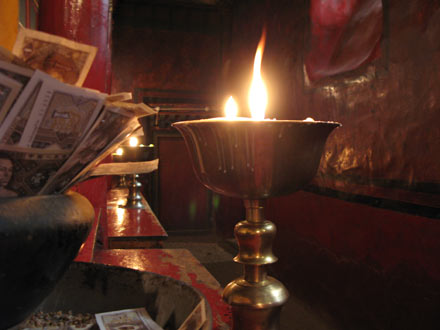 The monasteries here in Tibet are filled with more than Buddha statues and yak butter lamps. There is tremendous anger and bitterness.

Unlike Kham and Amdo where anti-Chinese sentiment seems to have cemented into a healthy cultural pride, the monasteries of the Tibetan Autonomous Region seem unhealthy. There is a palpable sense of paranoia, which seems to be eating away at the monastery culture itself. Monks whisper warnings of END_OF_DOCUMENT_TOKEN_TO_BE_REPLACED 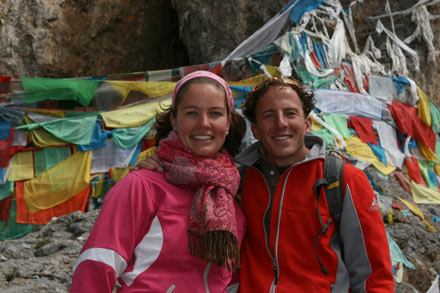 Carla and Richard, a Dutch couple from Utrecht, are taking an unpaid leave from their jobs as surgical nurse and IT professional to travel the world for ten months. The amount of time was a compromise of Carla’s 6 months and Richard’s 12 months they had wanted to travel, so, I guess, Richard won. 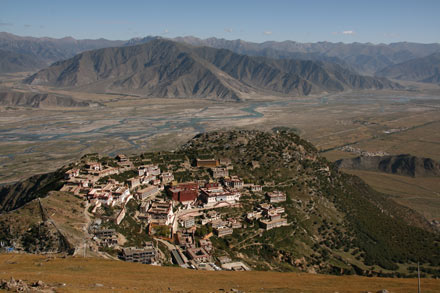 Thomas mentioned in his posting about the Jokhang that a kora is a pilgrims path around important religious objects or buildings. We have walked dozens of koras in Sichuan and Qinghai, all of which bind the mystic Tibetan structures with the surrounding natural beauty. Every kora is unique! END_OF_DOCUMENT_TOKEN_TO_BE_REPLACED 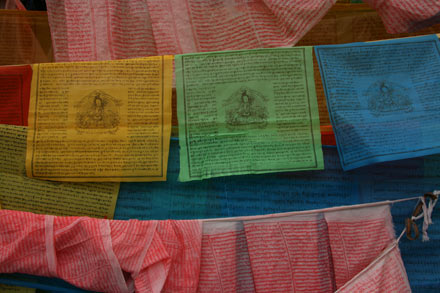 If you’ve noticed little colorful flags in our pictures and you’re wondering what they are – they are called prayer flags. Every Buddhist site, every holy mountain or lake is either covered over with or surrounded by strings of prayer flags – they are planted for the wind to carry positive vibrations across the countryside. They are inscribed with Buddhist texts or images, and are said to bring prosperity, happiness and long live.

An Australian woman we met thought of them as rubbish because they are made of non-biodegradable material – but I think this is just the point. Buddhists want their prayer flags to last so they can do what they are supposed to do for as long as possible. 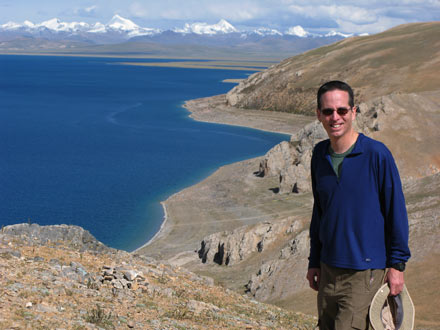 Nam Tso Lake was fantastic! It was nice to get out of Lhasa and back to nature. We also used this trip to test the waters with Dimitri and Irina. Would we be able to stand each other after 36 hours? The answer is yes – we had a great time together (for a big chunk of savings, you can put up with a lot – just kidding).

The Chinese claim that Nam Tso Lake, at an altitude of 4800 m (15,800 feet), is the highest freshwater lake in the world. True or not END_OF_DOCUMENT_TOKEN_TO_BE_REPLACED

We have seen more western tourists in Lhasa than in the rest of China combined. Germans, Americans, Dutch, Canadians, Brits, Italians… everywhere. In addition to people arriving in the new train, there is a Chengdu-Lhasa flight leaving every 15 minutes, not to mention flights from other Chinese cities. Yikes – that’s a lot of tourists.

Interestingly, many of these tourists are not seeing much outside of Lhasa. Ridiculous processing times for permits to leave the city combined with massive confusion over what is allowed and what is not has made many of these tourists virtual prisoners in Lhasa. Many people complain that the Chinese have gone completely berserk promoting Tibet as a travel destination while at the same time doing everything in their power to limit movement in Tibet.

Even tourists on expensive organized tours are discovering that their itineraries are being rewritten once they get here. Man, that would tick me off too!