Indians love their TATAs. Throughout the developing world, the national car of India is big business. Until recently, most of that business was focused on the huge TATA trucks used for hauling big loads on some of the world’s worst roads. 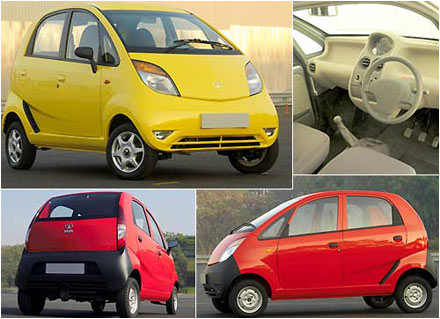 But starting this summer, TATA is reshaping itself with the release of the TATA Nano. Heralded throughout India as the one lakh car (see article on lakh), the slimmed down version of the ultra compact Nano, which retails for around $2000, will make the dream of owning an automobile reality for many middle-class Indians. To many Indians, the introduction of the “common man’s car” represents a huge step forward for India and a shortening of the gap between India and the West.

But anyone who has visited India will immediately recognize a HUGE problem with the introduction of an inexpensive car. India’s roads, especially in the urban areas, are already clogged beyond comprehension. In a nation of 1.3 billion people, a “common man’s car” represents every man’s environmental nightmare.

Such fears are heightened by the fact that cost cutting measures mean that the Nano will be less than environmentally friendly to begin with, not to mention rather unsafe to drive. (Reports suggest that parts of the Nano are glued rather than welded and that the steering column is hollow. Yikes!)

So for those of you who thought the pollution and the traffic couldn’t get any worse – just wait – it’s only just begun. And as the West’s automobile-loving cultures are looking for ways to reduce their dependence on cars, the East is dreaming of a world filled with freeways and traffic jams.