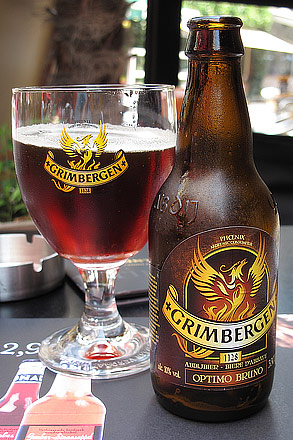 If you’re a fan of great beer, Belgium needs to be at the top of your foodie-and-drinkie list along with Germany and the Czech Republic. This tiny country has an impressively diverse selection of great beers which range from the strictly defined (and certified) Trappist brews, including famous names such as Orval, to the more loosely defined Abbey beers, such as one of my personal favorites, the Grimbergen Optimo Bruno.

Do your homework before you visit Belgium because, for the non-beer connoisseur such as myself, the array of options can be overwhelming. Menus start easy with amber, blond and brown ales and quickly shift into high gear with options such as champagne beers, Flemish Reds, Dubbels, Tripels, Oud Brins, Saisons, and more.

One of the more interesting discoveries was the Lambics, a family of Belgian wheat beers which use wild yeast and bacteria rather than brewer’s yeasts. The purest Lambics are usually draught beers, which are only available in the region around Brussels; however, there are bottled Lambics as well. There are several types of Lambic beers, many of which are made with fruit. Look for Kriek beers, made with sour cherries. Kriek Belle Vue was quite easy to find in restaurants and stores. If you happen to be passing through Mechelen, you can also try the Boscoli at Het Anker Brewery, made with forest fruits. 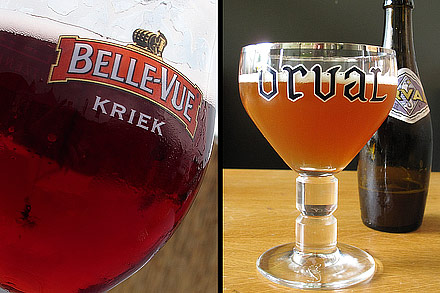 Another beer to look for is Lefebvre’s Barbar, made with malted wheat, hops and honey. The recipe is a closely guarded secret but Lefebvre’s website does describe it as having a hint of milk, candied lemon peel, coriander and ginger!!! To me, the beer tasted spectacularly medieval. Some online sources suggest the Barbar recipe is based on an old Viking recipe. (I’m assuming the lemon, coriander and ginger are newer innovations.)

You could spend a lifetime exploring Belgian beers. Judging by the incredible number of phenomenal pubs and bars sprinkled through Flanders’ major towns and cities, it looks like most Belgians (and many tourists for that matter) might be doing just that.