The Azulejos of Portugal 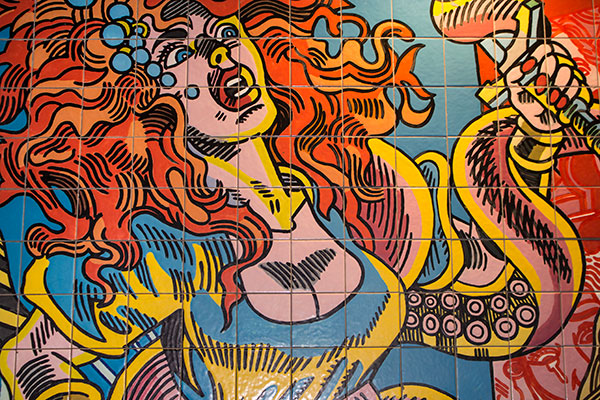 The first thing we noticed as we were driving into Lisbon from the airport was the azulejos, the tiles. The Portuguese seem to have plastered every surface available with some sort of elaborate tilework. They decorate apartment buildings and business fronts. They line train stations, churches, malls and metro stops. Along with egg tarts, gorgeous cobblestones, explorers and fado music, they serve as symbols of the Portuguese culture. Tiles, tiles, tiles.

From the spectacular 16th-century grape-leaf tiles lining the bedchamber of King Sebastian in the Palacio Nacional de Sintra to the comic book-inspired tiles decorating the Oriente metro station, these not-so-small works of art seem to capture every element of Portuguese life. Two of the weirder depictions we spotted were one man getting an old-world enema (?) and another squatting down to relieve himself by the side of the road as armies battled over cities in the distance. More mundane themes include flowers, royal processions, key historical events, and basic abstract designs. 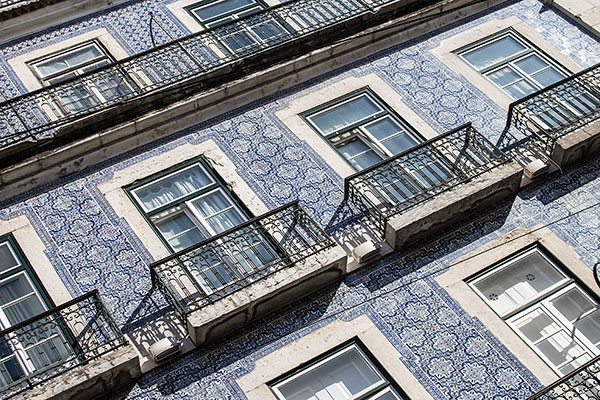 Yes, while other European artists were expressing themselves in paint, many Portuguese seem to have been working in tile. Entire churches are lined with elaborate biblical murals done in azulejos. And one of the most detailed depictions of Lisbon before the devastating earthquake of 1755 is a tile panorama housed in the unique Museu Nacional do Azulejo. If you have a quirky penchant for esoteric art collections (we do), don’t miss this museum which houses an excellent collection of tiles that spans the ages from early Moorish imports from Andalusia to 20th-century works of local tile pop art. We thought is was worth a visit to the museum in the former Convent of Madre de Deus just to view the stunningly ornate church and choir, which themselves serve to showcase tile use. The self-guided tour via a free Android app, which they offer at the entrance, is shockingly extensive, so don’t forget your phone. (The museum is also free if you have the Lisboa Card.) 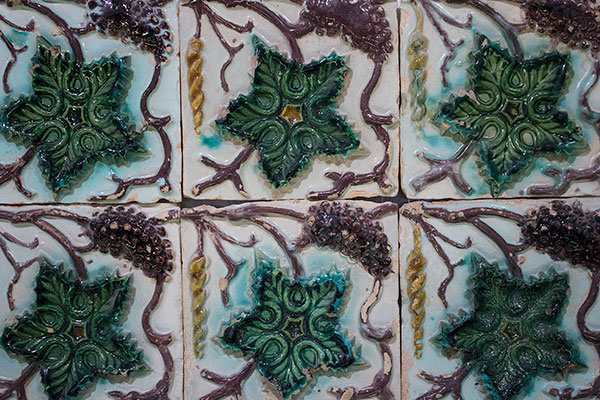 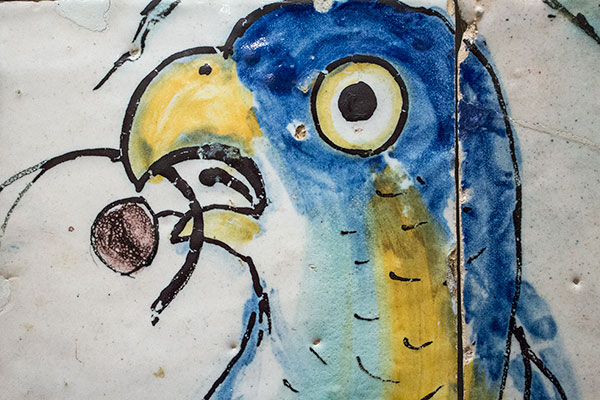 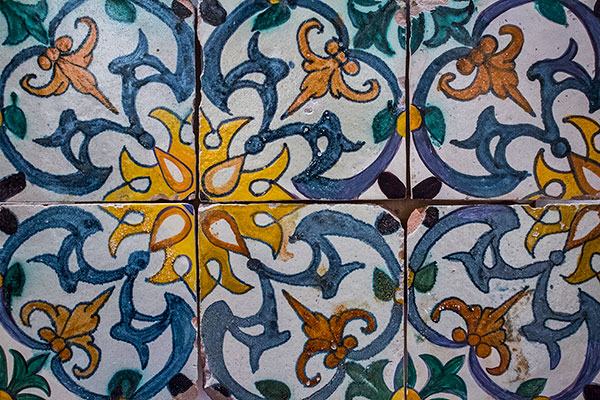 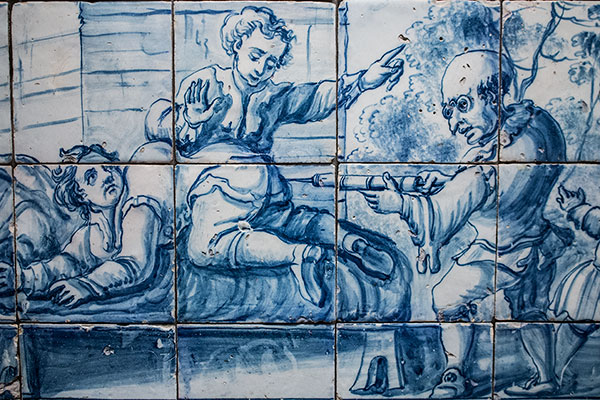 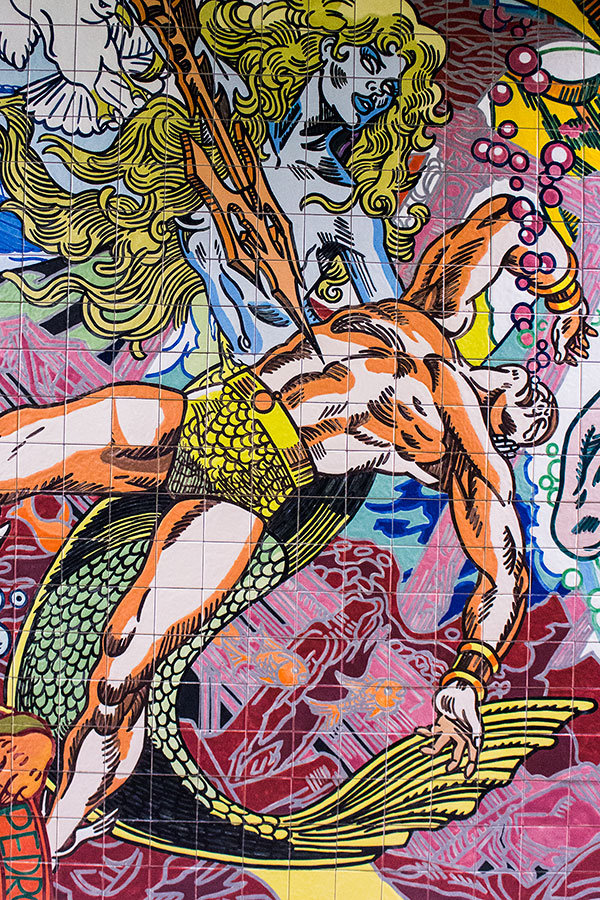 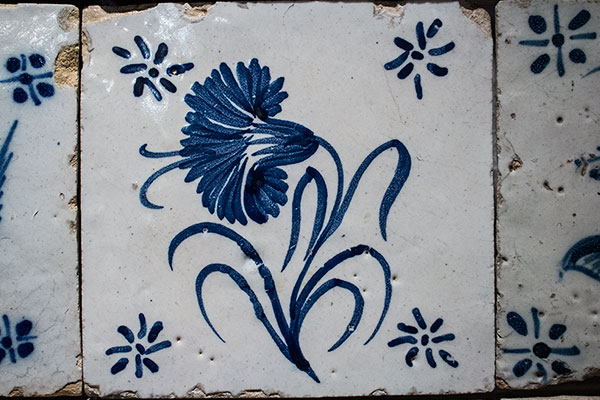 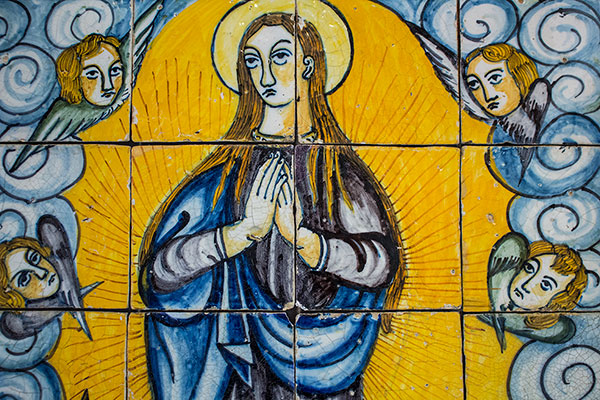 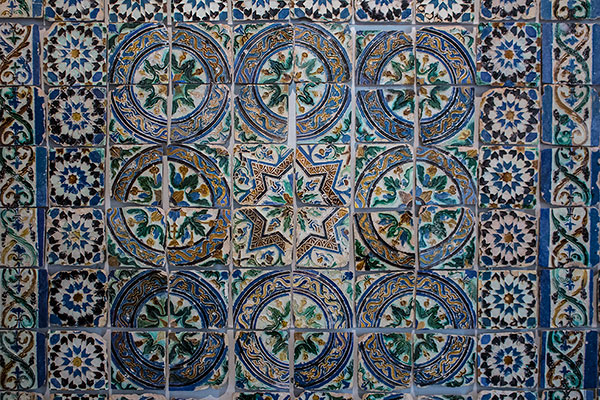 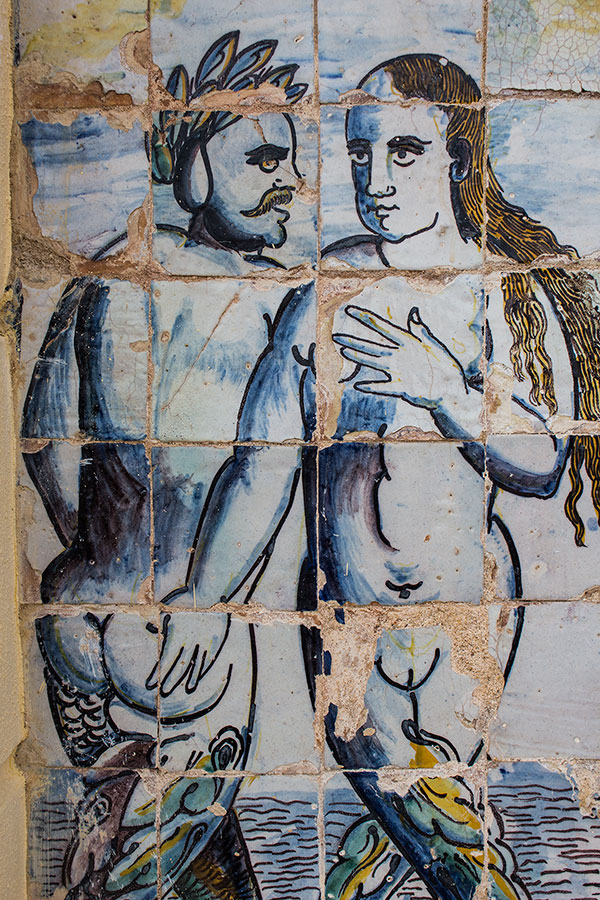 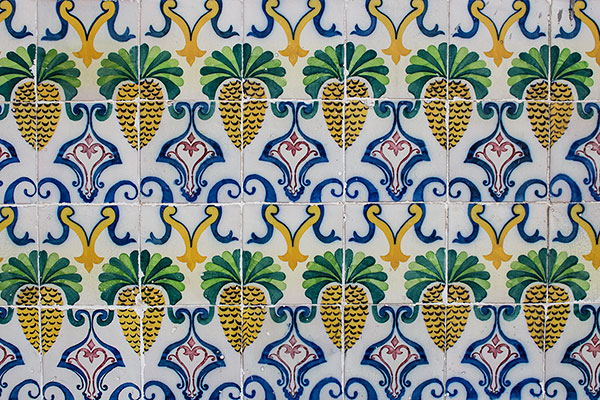 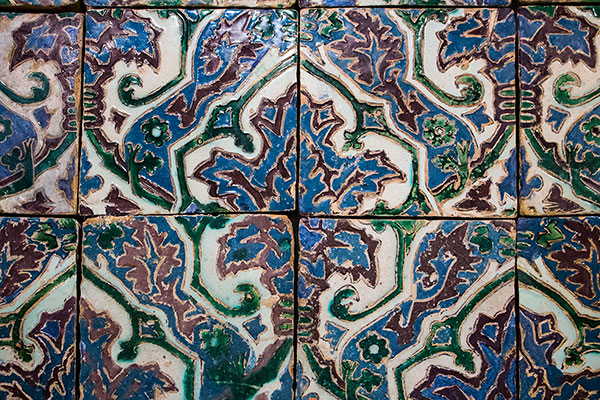 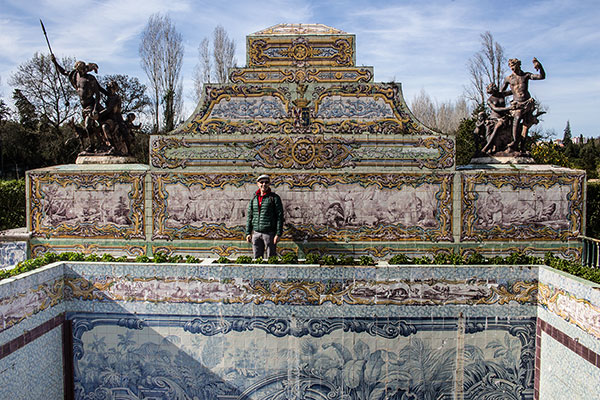 5 responses to “The Azulejos of Portugal”