Another Kind of Thawing Mammoth 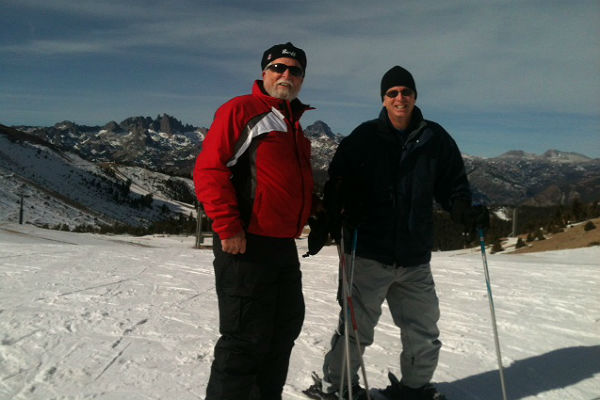 Siberia isn’t the only place where global warming is causing the snows to recede revealing the mammoths below. California’s Mammoth, the world famous ski resort, is making a pretty grand statement about climate change this year. My dad and I took to the slopes in mid-January to discover a thin layer of artificially produced snow where 20 feet of fresh powder is the norm. Believe it or not, even much of the peak of Mammoth Mountain, which rises to 11,060 ft (3,371 m), was free of snow. Yikes!!!

While the snow was relatively absent, the warm sunshine was plentiful and the mountain views were spectacular. The 50-degree temperatures were a rather nice way to celebrate my dad’s 65th birthday. And for those keeping track, my dad kicked my butt on the slopes. While I was tentatively snow-plowing my way over the icy patches, he was zooming down the slopes like a pro. Way to go, dad. 🙂 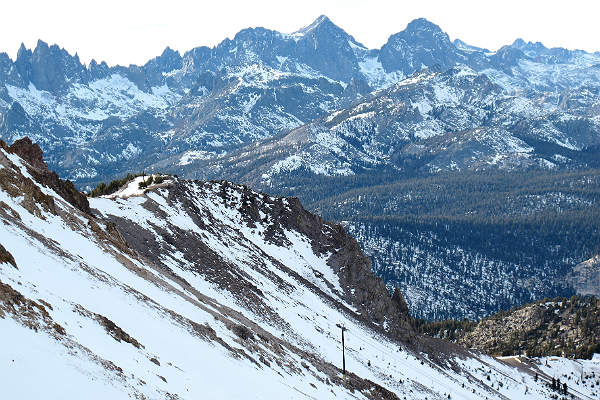