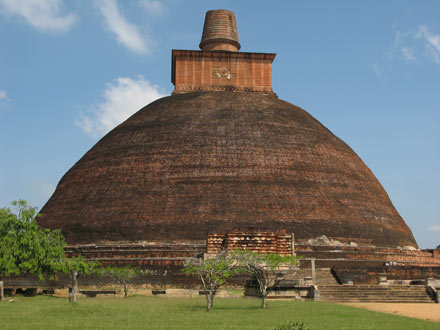 You are heading to the Jetavanarama Dagobah in Anuradhapura, Sri Lanka, also said to be the largest brick structure in the world.

The Jetavanarama Dagobah is of such significance that we created a virtual 360 panorama for you to stand there and enjoy it yourself. If it’s hard to perceive the size of the dagobah, just look for Thomas in the 360 and realize that he is still standing quite a distance from the massive structure.

Clearly, dagobahs are cool. (George Lucas clearly thought so as we all know that Dagobah is the planet where Yoda lived.) So cool, in fact, that we are putting up another 360 panorama of the Ruvanvelisaya Dagobah, also located in Anuradhapura. Although this dagobah is smaller, it is easier to get a sense of perspective because the 360 is positioned closer to the base. 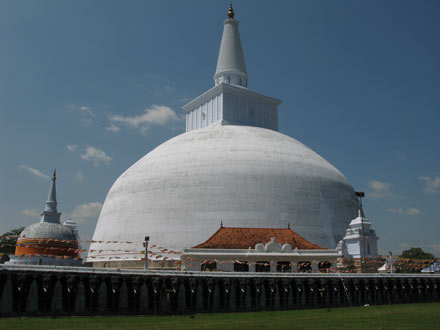