A Second Glance at Evolution 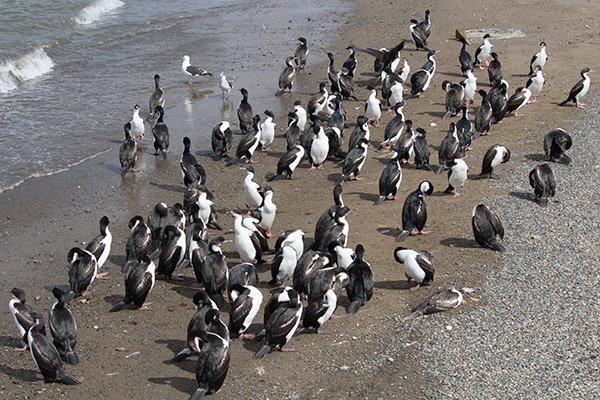 Quick, take a look at the picture above. What do you see? If you glance quickly enough, you’re quite likely to make the same mistake we did.

While strolling along the waterfront in Punta Arenas, Chile, we happened to spot a large group of black and white birds on the beach in the distance. “Oh penguins! Smack-dab in the middle of town!” we exclaimed. But we were wrong. 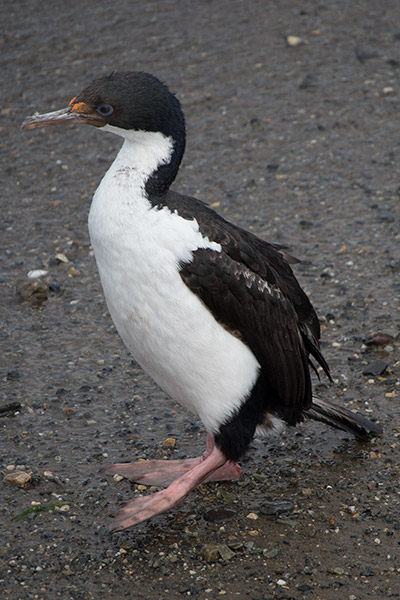 Those “penguins” were a bit on the skinny side. And as we moved closer, they seemed to have strangely long necks. Suddenly, one of them took to the sky and flew up onto a nearby pier. Say, what?! 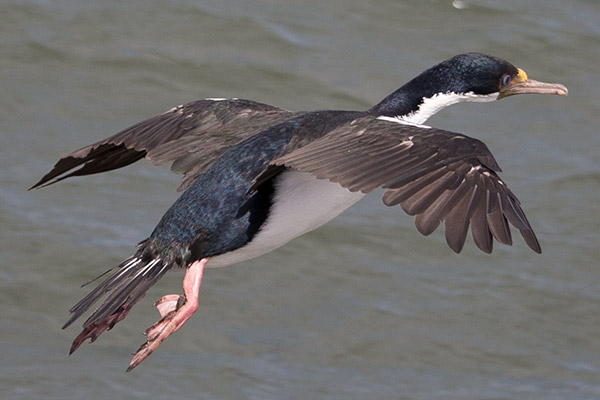 It turns out that we had discovered a small colony of imperial shags, a type of Patagonian cormorant which has evolved the same black and white patterns found in most penguin species. While penguins and shags are totally different orders of birds, these two animals have ended up with a lot of similar traits. Of course, the penguins probably suffer a bit from “wing envy.” 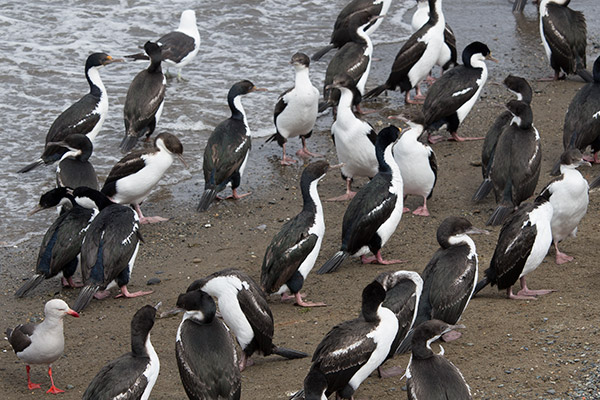 As we mentioned before, Darwin passed through Patagonia on his famous voyage around the world. That piece of history is recalled throughout the region in geographic features such as the Darwin Mountain Range or the Beagle Channel (the Beagle was the name of the boat Darwin was sailing on.) While the Galápagos Islands hog all the fame and glory for Darwin’s theory of evolution, the curiously coincidental similarities of animals such as these imperial shags and the nearby Magellanic penguins must have had a huge impact on him and his later theories. Pretty cool.

3 responses to “A Second Glance at Evolution”