Nothing to Write Home About 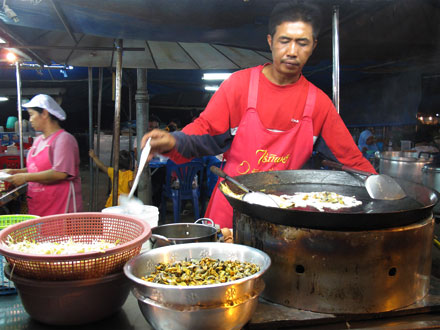 We normally like to showcase the most interesting, the most mind-boggling, or the most exciting facts and places on our blog. Rarely do we talk about areas which have no appeal to travelers what-so-ever. Places which might be considered boring. Fact is, I often fall in love with mid-size towns, functional cities, and transportation hubs with zero tourist attractions. Why? Because there is END_OF_DOCUMENT_TOKEN_TO_BE_REPLACED

How Lazy are You?

I mean seriously, people, how lazy can you be? An organized package transfer to cross the border from Langkawi, Malaysia to Satun, Thailand for “the bargain price” of $19 per person? Really? For the two of us, that would have been $38 for a tiny hop, skip and a jump.

On our own, we took a taxi from our hotel directly to the ferry ($8), bought a ferry ticket ($5 per person), and took the shuttle into Satun ($1 per person). Total for two people: $20. That’s a whopping $18 dollar savings for the two of us. Even a person traveling on their own would have saved $5. And the whole process couldn’t have been easier and more straight-forward. Why is everyone buying these package deals? Do they not know how to take a taxi? Is buying a ferry ticket that difficult? Doesn’t anyone have a guidebook? Or common sense?

I think it’s time to reactivate those travel brains.

What Would Grandma Mary Do?

At times, Langkawi seems like one money making scheme after another. Although the island is 478 square kilometers and it’s filled to the brim with tourists, public transportation is conspicuously absent. Instead, visitors can use the over-priced taxis governed by one hell of a well-organized taxi mafia.

Pantai Cenang too overdeveloped? Want to get out and explore the island and you don’t feel like shelling out a ton of dough on taxis? Just join an expensive, cookie-cutter island hopping tour. Or how about a $60 snorkeling tour? (Are you people serious? Is this Monte Carlo?)

No, in the spirit of independent travel (and thriftiness) Thomas and I, armed with a map, decided to rent a motorbike and drive around the island on our own. First stop, the bay at the base of that stunning karst ridge that I showed in my last posting.

We wound our away along the well-paved streets past gas stations, hotels, a couple of attractive rice fields, the airport, a police academy, a mall, and some apartment buildings until we came to Pantai Kok, which seemed refreshingly green and impressively undeveloped. We parked our bike and wandered down to the beach for a swim.

Being the grandchild of the renowned world traveler and celebrated adventuress, Grandma Mary, I always have to see what lies around the next bend. I strolled along the beach past some bungalows to a series of boulders extending out into the ocean. Working my way up onto the the smooth boulders, I continued to work my way around the bend. (I should mention here that climbing boulders to get to an unknown destination is also a trait I share with my grandma, who injured herself climbing a waterfall in her sixties.)

And there it was. Certainly the most END_OF_DOCUMENT_TOKEN_TO_BE_REPLACED 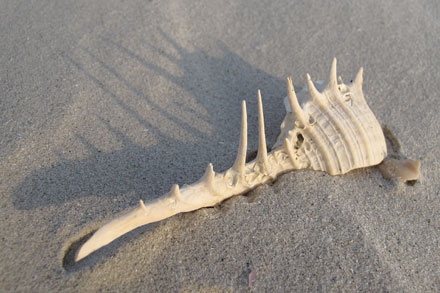 Speaking of setting foot in the world’s most beautiful locations, you really need to watch where you step here. 🙁

Why I Don’t Love Langkawi 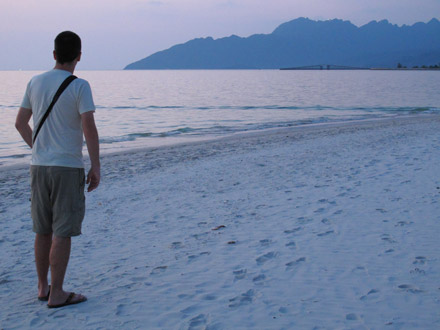 For 98% of humanity, Langkawi would represent paradise on earth. What’s not to love: tropical beaches, soaring karst mountains, emerald waters? What’s the problem?

Langkawi is beautiful, there’s no doubt about it. I can enjoy a nice drink in a relaxed beach-side bar as much as anyone. But when beaches are backed with nothing BUT bars and resorts and duty-free shopping centers and aquariums and over-priced restaurants and tacky souvenir stalls – I think you get the picture – my vision of paradise starts to fade.

The problem is that I END_OF_DOCUMENT_TOKEN_TO_BE_REPLACED 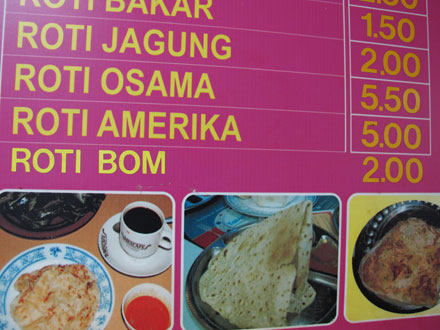 Twenty years ago, I passed through Penang on my way to Sumatra. My two days here were enjoyable, but now I realize that I saw absolutely nothing during my short stay. Wow, did I underestimate this place. 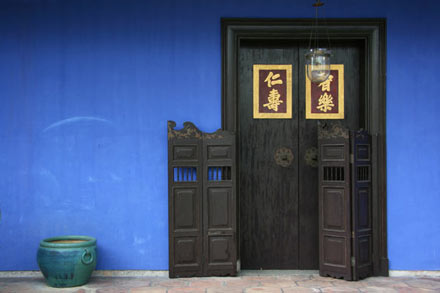 Fortunately, Thomas and I had the opportunity to return and take some time to explore Penang’s amazing cultural and natural heritage. It takes time to appreciate the depth of Penang. No place more deserves the title of World Heritage Site. For that reason, I’ve put together a pictorial to share Penang’s treasures with everyone. 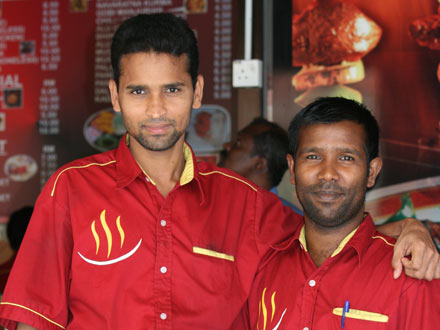 As Tony previously mentioned, one of our greatest discoveries in Georgetown was Restoran Kapitan. Whenever we are not busy sampling Chinese specialties with Ken’s family or exploring Malay street fare, we head straight for the best Indian food in town. After having spent fifteen months in India, we can comfortably call ourselves experts on Indian cuisine. Kapitan’s food is, hands down, some of the most authentic Indian food that we have had outside of India.

And, clearly, we are not the only people who appreciate their food. The 24-hour restaurant in Little India seems to be END_OF_DOCUMENT_TOKEN_TO_BE_REPLACED 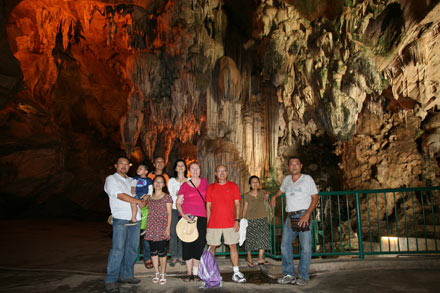 To spice up our stay in Penang, the family got together and drove down to Ipoh to visit the impressive cave temples just outside town. The tollway runs through some beautiful karst scenery and stretches of jungle. David said it was one of the nicer stretches on the highway leading to Kuala Lumpur.

The mountainous countryside appears to be riddled with caves; however, we chose to focus END_OF_DOCUMENT_TOKEN_TO_BE_REPLACED 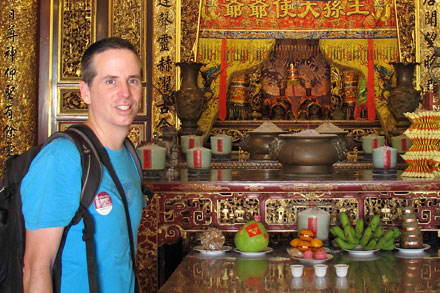 WOW, 41! You are now in your fifth decade. Not too far off from retirement…