One of our biggest challenges being nomadic is maintaining a community. Sure, you can keep yourself busy visiting holy temples, sampling exotic foods or snorkeling colorful coral reefs, but it’s no substitute for hanging out with family and friends. 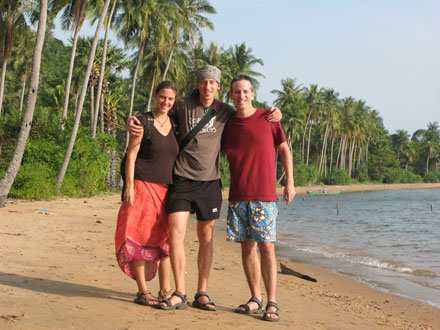 We used to have a big community while living in San Diego. There were “happy hours” with co-workers, dinners with friends, and Survivor and Amazing Race nights with our family. After moving to Berlin, we had to start over, and our community was reduced to a handful of new friends. Now that we have gone completely nomadic, building and maintaining a community has become one of our greatest challenges. But that’s where social media comes into play. END_OF_DOCUMENT_TOKEN_TO_BE_REPLACED

TV for the Traumatized

Cambodians have had a rough history. Colonial oppression and decades of conflict leading to a nightmarish genocide followed by political upheaval and bizarre terrorist-style guerrilla attacks. Violence has defined the nation’s recent history.

So what do Cambodians like to watch on TV? Well, on several of our bus trips, the conductor has popped in a DVD not of the sappy, boppy teen music so common in Southeast Asia, but rather a montage of bloody, graphically violent scenes, an homage to pointless B-grade crap that left most of the Westerners gasping in disbelief. Scenes of Rambo running through a village as women are raped, a man is beheaded, children are shot, and a villagers’ legs are blown off. Switch to an scene from a Chinese kung fu film with a man repeatedly punching another man in the face as blood squirts and teeth crack. Next, a man is gunning down a crowd of people. An hour of violence with no rhyme, no reason, no plot.

It appears that a traumatized nation likes to watch…well… trauma. 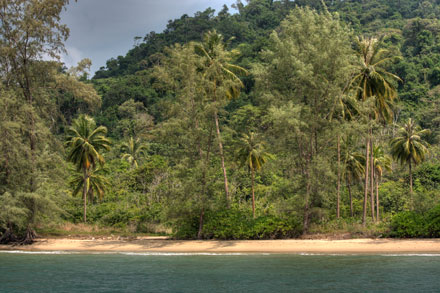 Most people don’t think of a beach holiday when they think of Cambodia. Beautiful tropical islands are not the first association with the country. However, there is a nice stretch of coast which has been enticing curious travelers for the past two decades. One highlight of the Cambodian coast is isolated and undeveloped Koh Kong Island.

Thomas and I along with our German friends Michaela and Stephan took a full-day boat tour to the island which included a trip through the local Mangroves out into the open ocean to the wind-swept, jungle-covered island, which is theoretically occupied by the Cambodian army. Upon arrival, odd tidal conditions forced us to abandon the boat END_OF_DOCUMENT_TOKEN_TO_BE_REPLACED

Last year, we made fifth place for “Best Travel Blog” on Blogger’s Choice Awards. Thanks to everybody who voted for us and kept us continuously in the running. With the beginning of 2010, however, everyone is starting over at zero. First place for best travel blog is up for grabs again.

You can really help by voting for us at the Bloggerschoiceawards.com. If you get lost while signing up or voting, we are currently on the first page of the “Best Travel Blog” section. Every vote counts!

Thanks again for all your support.

This is our second visit to Cambodia. Several months ago, we spent exactly 3 minutes on Cambodian soil, crossing over from Thailand at Poipet for the sole purpose of getting a new Thai visa. Three minutes in Cambodia – and we had a fabulous time as far as I was concerned. Talk about smooth sailing through the border jungle.

The second time, we crossed the border at Cham Yam and it wasn’t quite as smooth. Luckily, we had done our homework on the Cambodian scam machine. Online rumors abound of END_OF_DOCUMENT_TOKEN_TO_BE_REPLACED

For all the foodies out there, Tony and I are back in Thailand, the food lover’s ultimate paradise. Burmese cuisine was experimental, and certainly interesting, but it’s time to get back to old-fashioned staples such as dim sum. I know, this is a strange thing for a German to say, but having lived in California, I now consider dim sum as basic as END_OF_DOCUMENT_TOKEN_TO_BE_REPLACED

You’ve got to love Bangkok! Vibrant, colorful and very “animated”, the city and its people are never boring. Tony and I even stumbled across a Manga costume festival featuring neon wigs and outrageously extravagant outfits. From Japanese comic heroes to notorious villains to red-eyed vixens to sexy Manga kittens, the carnival of colorful costumes was all about attitude – and young Thais are excellent at that! 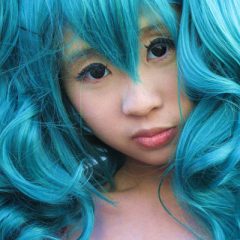 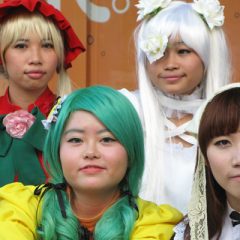 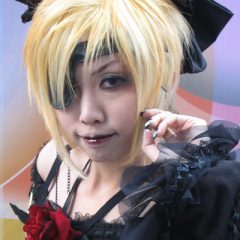 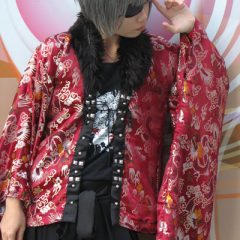 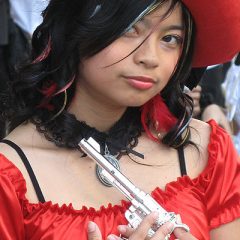 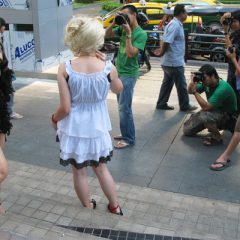 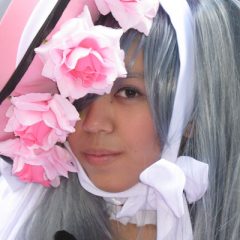 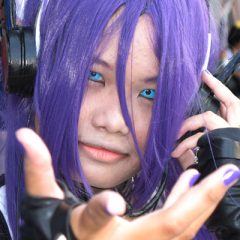 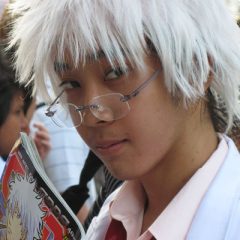 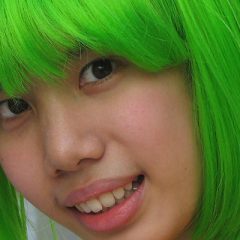 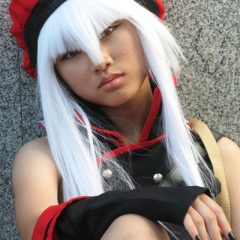 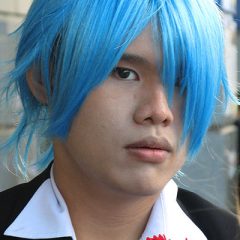 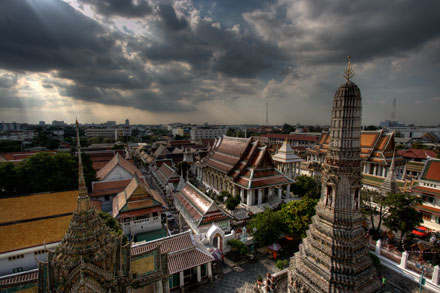 We’re once again in Bangkok, our home away from home. Actually, since we don’t really have a home to be away from, I guess that would make Bangkok just home. To celebrate our return, we thought we would share this picture shot from Wat Arun. Incredibly, this is my sixth time in Bangkok and this is my first trip to the beautiful Wat, which doubles as a scenic view point over the city. How lame is that? 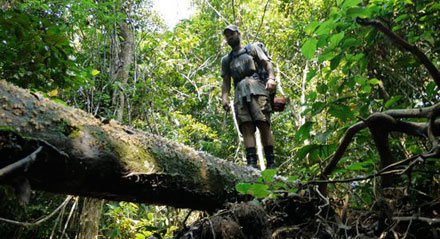 If you haven’t been following Ed’s progress at Walking the Amazon, you might want to check him out again. Our favorite 21st-century explorer is still out there hacking his way through the forest on his way to the coast. He is currently working his way across the varzea (flooded forests of the central Amazon) as the rainy season begins. While the forest is flooded, it sounds like Ed’s funding is drying up, so adventure enthusiasts might want to consider donating something to a very cool endeavor. Hang in there Ed, only eight months to go!

As we move on, here are a few personal snapshots from the land of gold. We love Myanmar and hope to return to this magical country again soon. There is much, much more to explore! 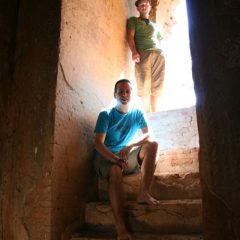 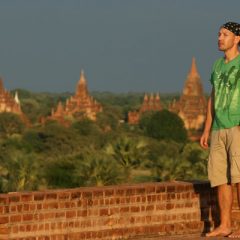 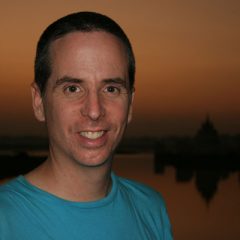 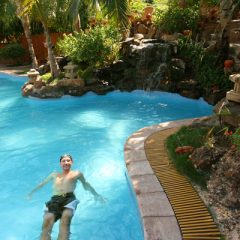 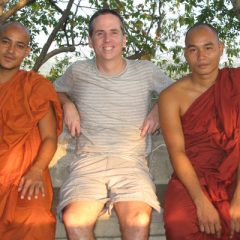 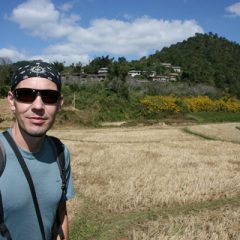 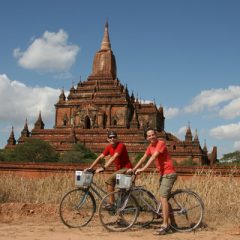 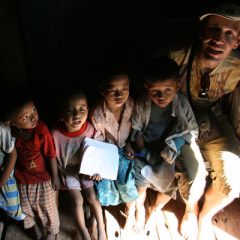