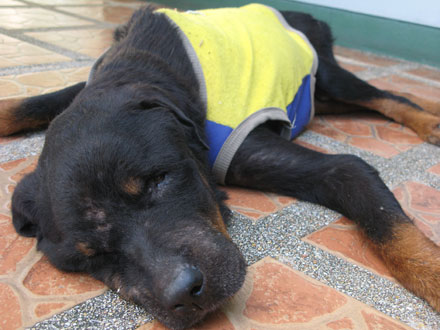 Bangkok has been really hot since we got here. When the temperatures dropped into the 80’s for a couple of days, people immediately started dressing warmer. But they were not the only ones. When I asked our landlady why her dog was suddenly wearing a sweater, she said: “Oh, he was so cold!”

Thailand: What a Dollar Can Buy You

People ask us all the time, “Is Thailand expensive?” Well, it all depends on your budget and what things are worth to you. Some tourists probably think that a $300 hotel room is a bargain. A budget traveler faced with such prices, however, might go into the fetal position and rock back and forth uncontrollably for a day or two. It’s all relative. Perhaps, a better question is, “What can a dollar buy you in Thailand?” 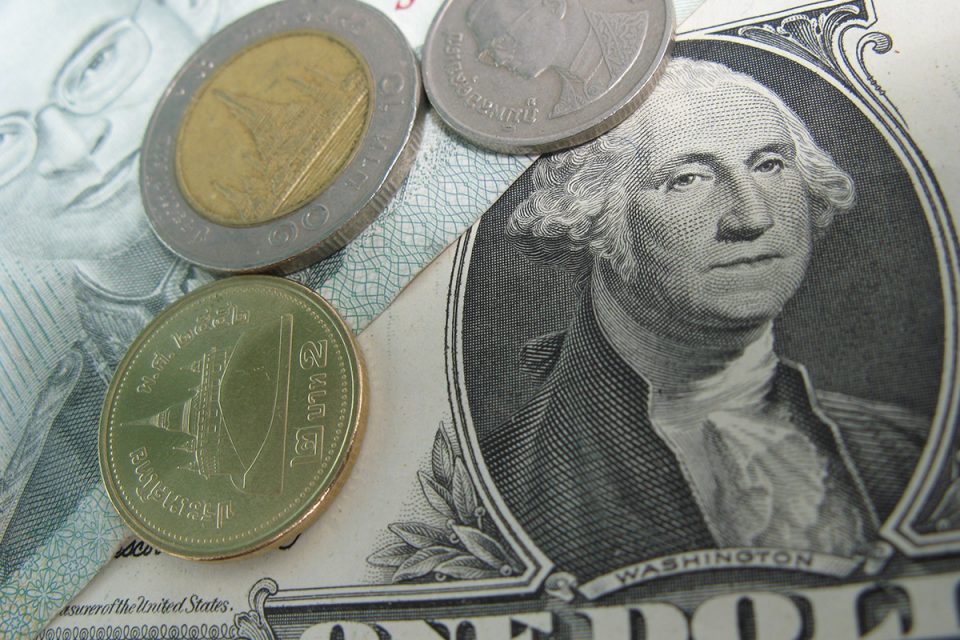 Explore some fun tours in Thailand

Here’s what you can get in Bangkok for around a buck:

Well, I just checked what you can get at Starbucks. For $1 you get zero, nada, nil. Actually, let me correct that. You CAN get 2 servings of whipped cream on your imaginary cappuccino venti.

Step into the extraordinary interior of the Phra Ubosoth (main chapel) of the Wat Pho to see the Phra Buddha Deva Patimakorn on his golden throne.

Bizarrely, the statue radiates a remarkable golden glow – that’s not a Photoshop technique. And look for Thomas sitting near the column to the right, it gives you an idea of the scale. 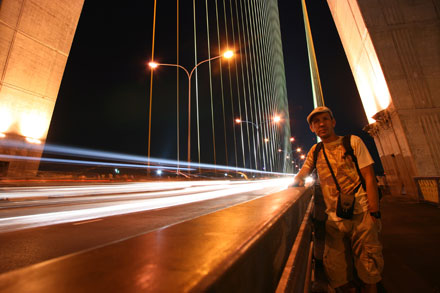 Just some funky shots of us on Bangkok’s Rama VIII suspension bridge while exploring the riverfront at night. 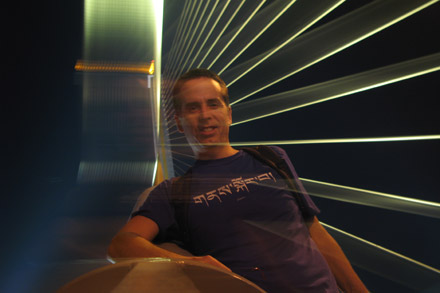 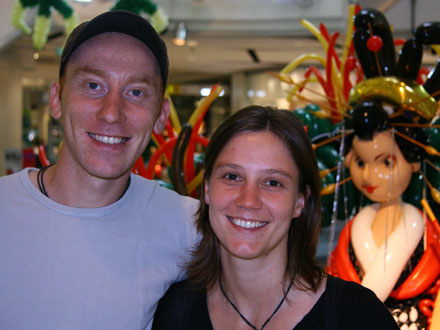 In November 2008, we met German tourists Michaela and Stephan on vacation in Southern India. A few weeks ago in Bangkok, we reunited with Michaela and Stephan, now travelers and novice nomads traveling around Asia on a shoestring. Their short trip to India sparked their interest in doing the travel circuit full-time. So, taking a year off to explore the world, they said good-bye to Deutschland.

Just 2 weeks into their travels, we got together over green Thai curry and Shanga beer in Bangkok’s tourist hub Banglamphu. Still shell-shocked from END_OF_DOCUMENT_TOKEN_TO_BE_REPLACED

In the 21st century, it’s hard to be a true explorer. But Ed Stafford is doing just that by attempting to be the first person to walk the entire length of the Amazon River. 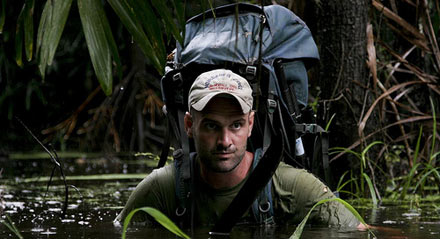 Don’t think this is some hair-brained publicity stunt that will never come to be, Ed has already been hacking and wading his way along the Amazon’s banks for close to 600 days. SIX HUNDRED DAYS!!! Yikes, that’s a lot of leeches. We’ll be keeping an eye on his progress. You can, too, by following his incredible adventure at his site Walking the Amazon.

During our inner-city explorations, we just happened upon the Bangkok Balloon Art World Challenge. 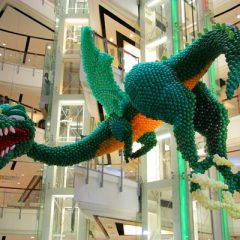 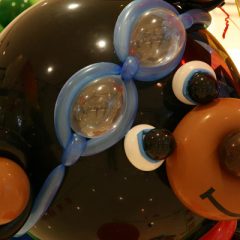 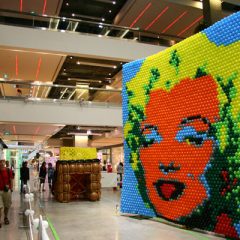 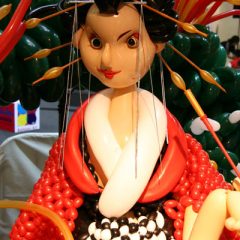 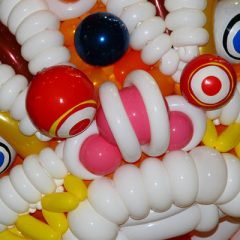 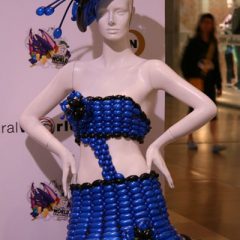 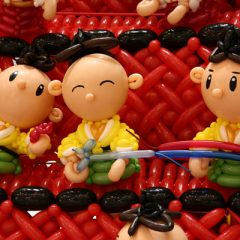 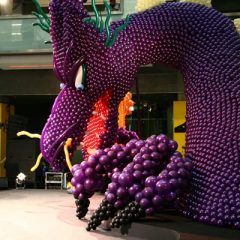 Incredible! The balloon clowns certainly didn’t produce anything like this when I was a kid. 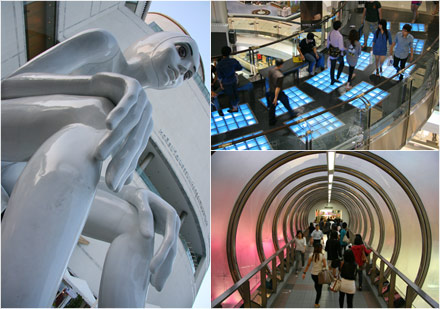 Life in central Bangkok is far different from the tourist enclave of Banglamphu. Each day brings with it a new quirky adventure, some unexpected discovery. The new city oozes a bizarre manga-esque vibe which seems light-years away from the old city. Is this Japan, or have I been swept up into some psychedelic sci-fi cartoon?

Spiky-headed teens squeal and whine melodramatically into their mini-computer cell phones as the sky train roars by above. A Buddhist nun prices iPhones in the Apple store. A crowd of screaming fans screech and swoon over a group of stick-thin, singing supermodels gyrating on a stage. Beyond the crowd, a surreal, androgynous robot statue guards the path into a parallel world of air-conditioned malls.

Bypassing the fembot, we END_OF_DOCUMENT_TOKEN_TO_BE_REPLACED 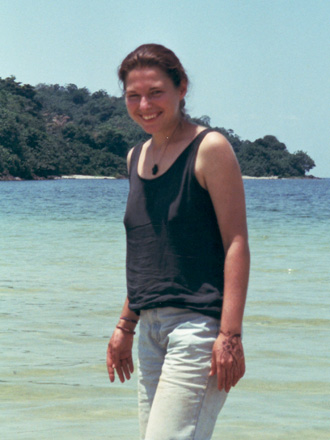 Fifteen years ago on this day, we lost a good friend.

In 1994, while traveling across Africa, we met Evelyn Molony in Khartoum, Sudan. Having just returned from a month-long journey to the remote Jebel Marra region of Darfur, she was clearly an adventurer in the truest sense of the word. Joining forces with her and her traveling companions Chris and Kathy, we made our way through Eastern Sudan and crossed what was then a wilderness border into Eritrea.

Traveling across such a remote, politically tense region was full of challenges. Evelyn, who had studied Arabic at Leeds University in the U.K., became our de facto guide and led us through a series of comical adventures that we treasure to this day. Evelyn was hilarious yet subtle, incredibly capable yet impressively modest. Best of all, she could be a goof-ball. 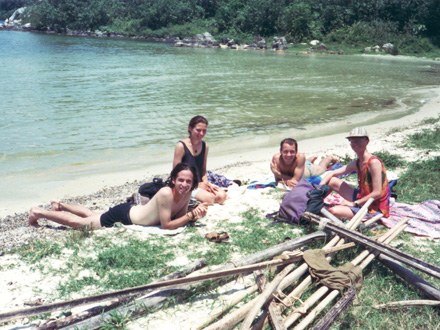 Our adventures with her continued months later, when we met once again in Kampala, Uganda. We traveled to the border of Zaire to visit the mountain gorillas and then on to the Ssesse Islands in Lake Victoria where we camped, explored the jungles, and kicked back on the isolated stretches of white sand. We still laugh about Evelyn running around shooing away a herd of massively horned Ankole-Watusi cattle that invaded our pristine beach. We celebrated the moonlit nights with fish fries and stories. For us, these were fantastic times, yet just across the border in Rwanda, genocide was coming to an end and the full extent of the atrocities was coming to light.

Evelyn and Chris, moved by the suffering of the Rwandan people, decided to travel to Rwanda and volunteer at an orphanage there. During her stay at the orphanage, Evelyn must have contracted cerebral malaria. Shortly thereafter in Nkata Bay, Malawi, Evelyn passed away due to complications related to the disease. 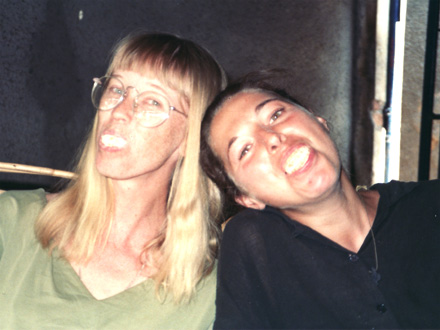 Our enduring image of Evelyn is of her with Chris laughing and goofing around with huge pieces of orange stuffed into their mouths. Those were really good times.

Berlin is celebrating the 20th anniversary of the Mauerfall, the fall of the Berlin Wall. During tomorrow’s Festival of Freedom at the Brandenburg Gate, over 1,000 oversized, artfully decorated domino pieces will be brought down by the flick of a finger to symbolize the end of the cold war, but also, the end of an artistic era.

What was an impenetrable barricade to Easterners, served as a political canvas to Westerners. Twenty years after the Mauerfall, however, little of the wall remains. During our four years in Berlin, we documented some of the constantly changing art on the longest remaining part of the wall, the East Side Gallery. Here’s to freedom!