One Year on the Road 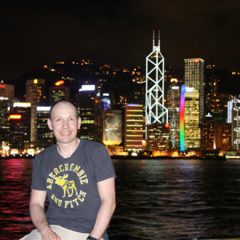 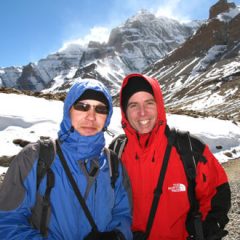 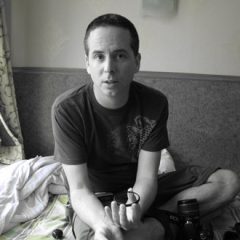 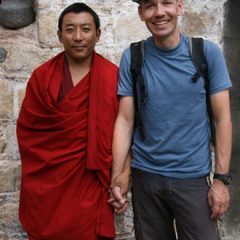 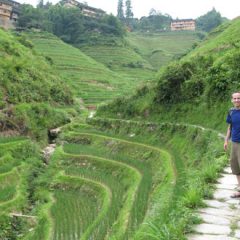 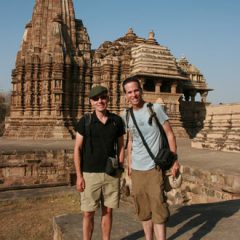 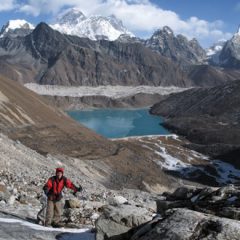 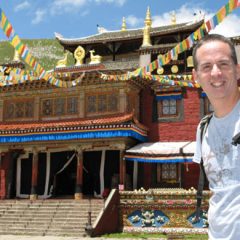 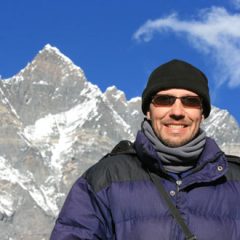 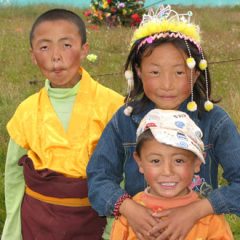 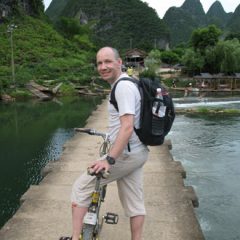 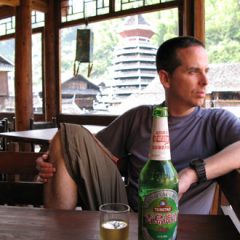 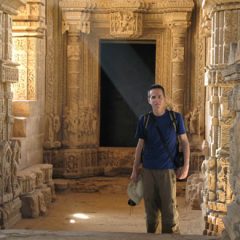 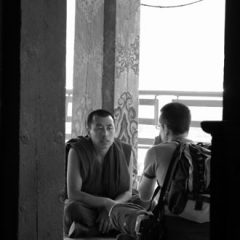 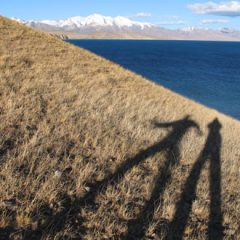 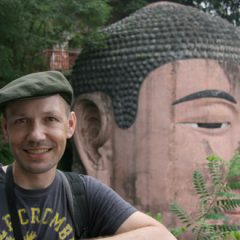 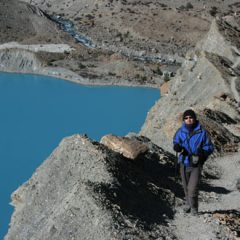 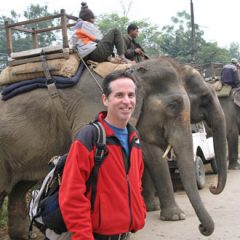 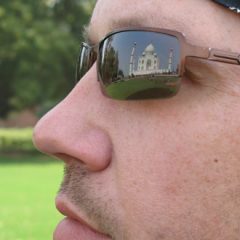 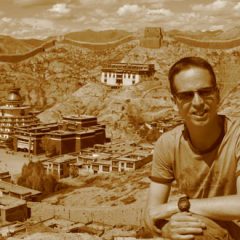 That’s right , one year on the road. We can’t believe is either, although when we look back over the last 12 months the incredible number of adventures we’ve had proves that it must be true.

It’s been a year of highs and lows – literally. END_OF_DOCUMENT_TOKEN_TO_BE_REPLACED

Lions and Tigers and Bears – Oh My!

These famous lines from the Wizard of Oz have been mocked by many who like to point out that lions are native to Africa, whereas tigers are found in Asia – not too fast nature lovers. India is the only country left in the world where both tigers and lions roam the wilds (not to mention bears as the title of the post points out.)

The Asiatic lion, which once ranged from Greece to Bangladesh, is now only found in one small pocket in western Gujarat in a relatively unknown, yet incredibly important national park called Sasan Gir. Hunted to the brink of extinction, it is believed that only 17 individual lions existed in the late 1870s. Realizing that the species would soon disappear, the Nawab of Junagadh set aside land for a reserve in the early 20th century. Clearly, this guy was way ahead of his time.

Gujaratis are exceptionally proud of their lions, and locals are thrilled to discover that we have come to Gujarat for the express purpose of seeing one. Many of you might be wondering why we are braving the insane desert temperatures at this time of year – it’s because the lions are easier to spot when they hang out by the watering holes.

Everybody wish us luck!!!

Dinner at the Cemetery

“What are these green boxes between the tables?” I asked the waiter as he was serving my coconut rava masala dosa.

“Ummm…ummmm,” he was searching for vocabulary, “they… they are dead bodies.”

I glanced around the restaurant noticing a dozen or more. “This restaurant is a cemetery? All these are dead bodies?”

END_OF_DOCUMENT_TOKEN_TO_BE_REPLACED 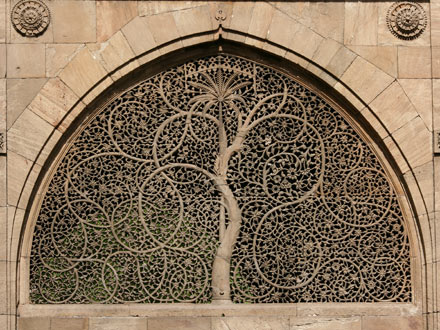 After over two months in Rajasthan, we have finally moved on to Gujarat, the most western state of India bordered by Pakistan to the north. Famous for its Hindu, Jain and Islamic architecture, its ex-Portuguese colonies along the coast, and its rare wildlife, Gujarat’s real attraction seems to be an exceptionally friendly and welcoming people.

The first time we encountered Gujaratis was at the END_OF_DOCUMENT_TOKEN_TO_BE_REPLACED 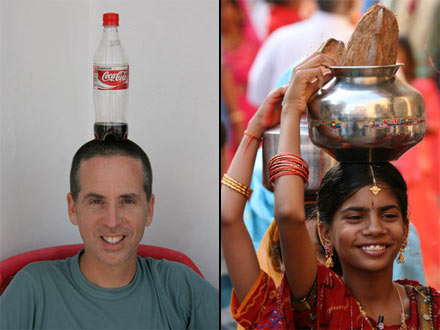 I think Tony has been in India too long. 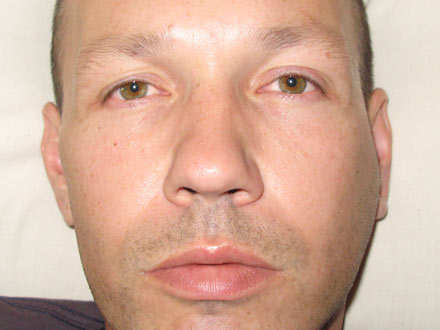 Tony keeps saying how nice Mt. Abu is – especially the ice cream parlors. Not like I have any way of knowing that. I got sick on my second day here and I’m spending most of the time in bed. It started with a swelling around my left ear. When I asked Tony if my face was swollen, he said that my face always looked fat so he couldn’t tell (well, thanks). But a day later, while we were having breakfast, even he began to worry. 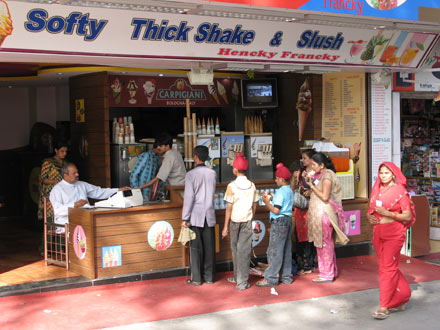 Continuing our quest to visit the ultimate Jain treasures of India, we’ve made our way here to Mt. Abu. In addition to being the location of the spectacular Dilwara temples, Mt. Abu is the only real hill station in Rajasthan providing a cool relief from the blistering heat of the surrounding desert.

Mt. Abu comes as somewhat of a shock to us because it is a kind of resort area for middle class Indians, mostly from the neighboring state of Gujarat. Gujarat is considered the most prosperous state in India and Gujaratis are well known for being exceptionally generous and hospitable. These generalizations are END_OF_DOCUMENT_TOKEN_TO_BE_REPLACED

The Art of Hanging Around 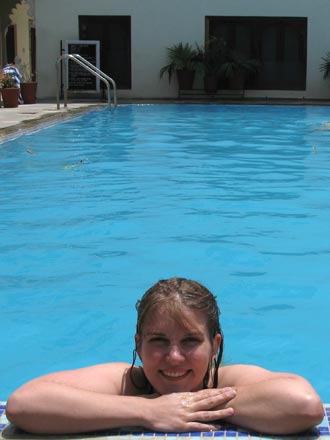 Elin is a chaos pilot. That doesn’t mean she graduated from some backwater second-class flying school. Oh no! She is studying at Kaospilot International in Sweden, a school for young entrepreneurs and project leaders.

What sounds rather dry and business-suit-like turns out to be quite the opposite. When we met Elin in our hotel in Udaipur, she was on a mini-vacation from her latest 3-month project in Mumbai. We’re not talking a banking internship or an assignment on the growing high-tech industry – her project is simply titled “Mumbai Music – The Art of Hanging Around.” END_OF_DOCUMENT_TOKEN_TO_BE_REPLACED

Room with a View 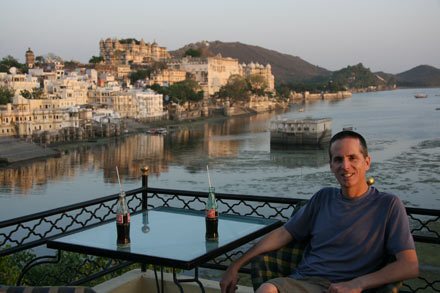 You need to pamper yourself a little to survive the onslaught of the Indian experience. Long term travelers, in general, must recognize the necessity for some downtime; in India, the need to pull back is a hundred fold. Sensory overload, or perhaps complete system breakdown, is a serious risk. For us, Dream Heaven comes just in the nick of time. END_OF_DOCUMENT_TOKEN_TO_BE_REPLACED 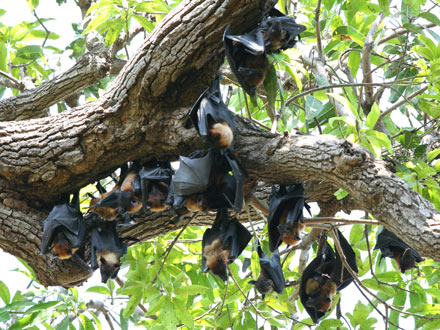 It’s almost like getting ready for our favorite reruns of Seinfeld. Every night at 7:15 PM, we sit on the rooftop of our hotel (always at the same table, unless somebody dares to take “our” spot) to wait for the show to start. At around 7:30 PM, the first flying foxes appear in the sky, still at quite a distance behind the City Palace. By the time the first bats start flying over our heads, others have joined in, and soon, there are hundreds and eventually thousands of flying foxes silhouetted against the dark-blue evening sky. They all have one common goal END_OF_DOCUMENT_TOKEN_TO_BE_REPLACED