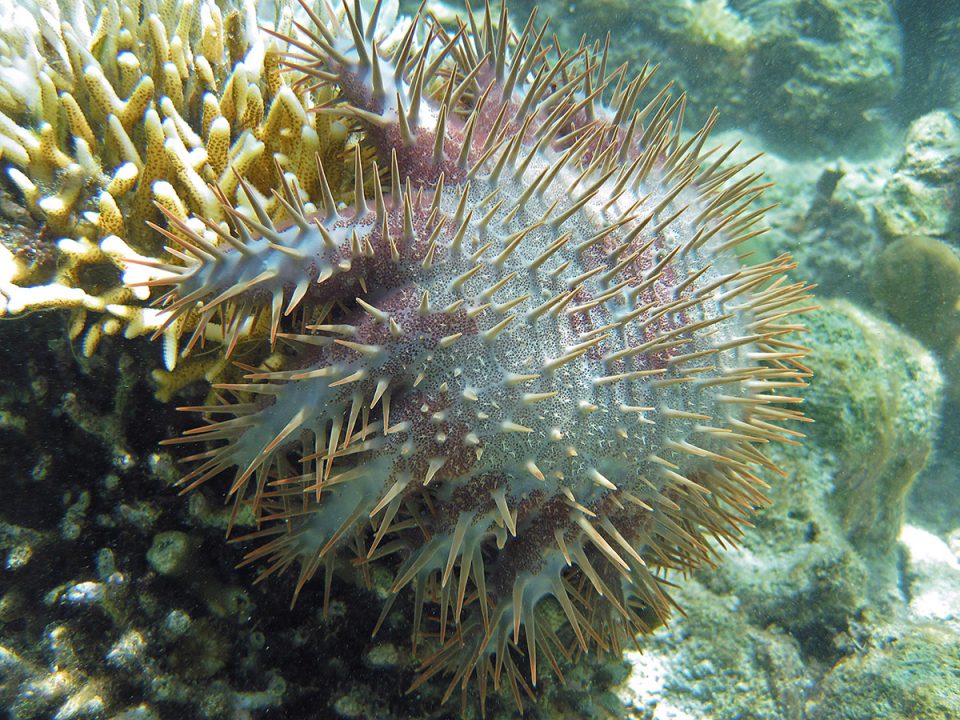 We first published this article on El Nido’s coral destruction in 2010 after our month-long visit to Palawan. Sadly, eight years later, we are still getting comments from travelers confirming further environmental degradation. Read on to find out what causes the coral destruction and make sure to check out the comments below documenting the state of El Nido’s corals in 2018.

Above water, the Bacuit Archipelago is one of the most stunning places on the planet. Below the surface of its perfectly turquoise waters, it’s a different story. A story of neglect, corruption, mismanagement and ignorance.

It is estimated that only 1% of the Philippines’ coral is still in pristine condition. Sewage run-off, anchor damage, shore erosion, a crown-of-thorns starfish infestation, and overfishing are some of the more typical culprits. And, of course, coral bleaching due to global warming is a huge problem. But to kill that much coral, you need to employ some of the more destructive practices such as dynamite fishing.

What Is Happening to El Nido’s Coral?

If you are not familiar with dynamite fishing, that’s when fisherman drop dynamite on reefs in the hope of gathering the dead fish which float to the surface. I really thought that dynamite fishing was as dumb as it gets, but I was wrong. The waters around El Nido introduced me to a new asinine way to trash your own food supply.

While snorkeling along the walls of Tapiutan Island, we came across entire sections of the reef which were dead. I had never seen anything like it before, all the coral was intact, but it was clearly dead. I had never witnessed such large scale destruction before without signs of dynamite blasts. I was stumped.

It turns out, we were seeing the results of cyanide fishing, a practice I had never even heard of before. Fisherman pour cyanide into the water to stun the fish so they can be collected and sold alive, which apparently commands a higher price at the market. (Yummmmm, cyanide flavored fish!) Of course, the cyanide kills all the coral as well.

Is Anything Being Done to Stop El Nido’s Coral Destruction?

So why haven’t local authorities done something to stop all this destruction? With the help of donations from the United States and the European Union, local authorities have established an organization to combat all of these destructive practices. While we were in El Nido, this organization seemed extraordinarily adept at charging people a 200-Peso eco-tourism development fee. Unfortunately, it didn’t seem to be doing much else.

Questioning them directly, we asked why, after more than a decade of serious tourism in the region, there were still no boat moorings at snorkeling sites to eliminate the problem of boat captains dropping anchor on the coral. We were informed that this was in the works. Later, while snorkeling we discovered that there were actually already underwater moorings in place, but the lines had not been maintained. So of course, we approached them again and learned that local authorities were worried that these preexisting moorings might not be environmentally sound, so further study would be necessary. In the meantime, boat captains will just dump their anchors on the coral. 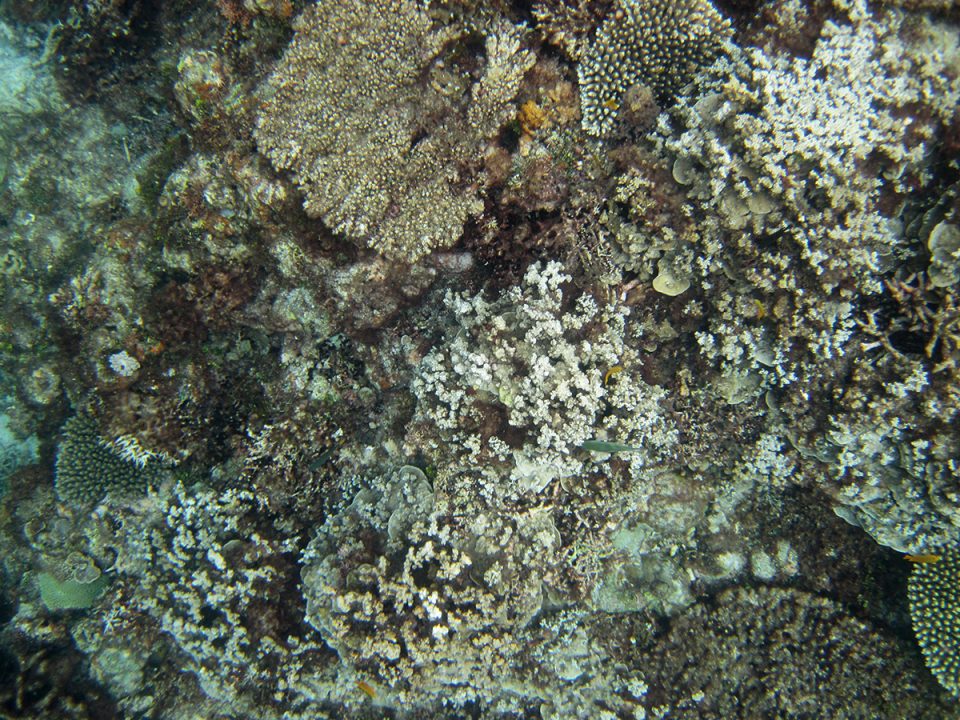 In a disappointing dose of reality, behind the scenes, concerned El Nido locals revealed the environmental fees were primarily designed to line the pockets of corrupt officials. In reality, it appears that precious little was being done to save El Nido’s coral.

Is There Any Hope to Save El Nido’s Coral?

In an area so reliant on tourism, I would have expected some awareness of such environmental issues, but there was none. Strangely, boat captains proudly carried us to reefs building them up as pristine snorkeling destinations when, in fact, they were devastated coral graveyards. At times, it seemed the boat captains had no idea of why we were snorkeling or what we wanted to see. If they had any awareness at all of coral damage, they usually blamed it on the crown-of-thorns infestation, as a natural explanation for the damage seemed far more acceptable to them. Interestingly, they did not appear to understand, or at least admit, that the crown-of-thorns infestation was related to overfishing.

There are still some nice coral sites in the Bacuit Archipelago, bits and pieces that have somehow survived the destructive practices of local fisherman. It is still possible to glimpse what is quickly disappearing. But even if environmental measures were to be fully enforced today, it would take a century of regrowth for the region to begin to approach earlier glory.

So What Should Travelers Do When They Visit El Nido?

While paying the 200-peso environmental fee, insist that moorings be put in place at all major snorkeling sites. Also tell the collector that it is not acceptable for sewage to be dumped into the bay. (Visitors also don’t want to swim in that either.) If you do visit a snorkeling site without a mooring, insist that your boat captain not drop anchor on the coral. Visitors should always remember that they are paying for the trips and they don’t want to fund coral destruction. If you don’t speak up, you are contributing to El Nido’s environmental degradation.

We just received this update from our reader Tito on the condition of the coral in El Nido on the island of Palawan in the Philippines. If anyone has any additional opinions (including El Nido locals), we would love to hear them in this post’s comment section. Make sure to check out the comments where many El Nido and Palawan visitors and residents have left detailed information on the state of El Nido’s coral.

I went first to Port Burton. The beach was dirty, full of boats. We did the island hopping thing, and they still have a few corals alive. There before, they show you where are the “tourtles” and the “starfish”. Poor creatures, at least 30 people around them… of course people touching the starfishes and take them of the water in hands.

Well, back to El Nido, we avoid this crowded tours and we went kayaking. All completely dead and full of seaweed.

Its a pitty, as you said, the lack of education kills little by little the tourism and their first income.