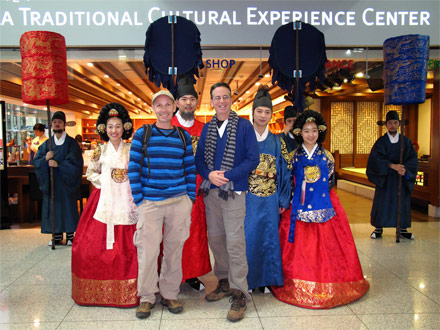 Generally, I’m not one to rush my travel experiences. But on our flight from Bangkok to San Diego, we were left with a gaping 10-hour layover which made a quick trip into Seoul irresistible. So, with no guidebook and no real information in hand, we stumbled our way into the middle of the capital hoping to get a taste (both figurative and literal) of Korean culture. 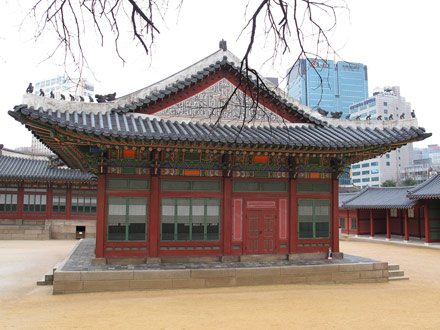 Once you actually figure out how to buy a ticket, accessing Seoul is super-easy via the very convenient commuter trains which carry travelers directly to downtown Seoul. (Tip: if you have time, skip the expensive express trains and just take the normal commuter train. It only takes a few more minutes.) With limited time, our goals were to see a temple, eat some great Korean food, and get a sense of Seoul’s soul.

Unfortunately, because we were passing through on a Monday, the Changdeokgung Palace was closed, so we opted just to make a quick visit to the small Deoksugong Palace instead. The small temple provided a nice sampler of Korean architecture and traditionally dressed guards stood at the entry gate. The temple backed by modern Seoul also made for an atmospheric place to stroll around. 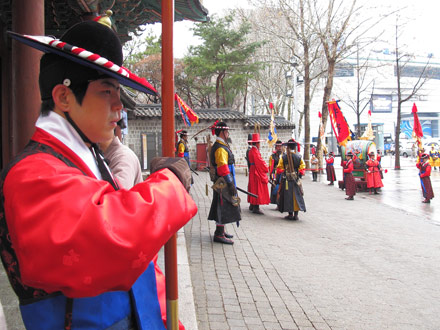 After viewing the changing of the guards at the Deoksugong Palace, we dove into the labyrinth of underground walkways which snake through central Seoul. Quite surprisingly, English is still very limited in Seoul, which makes navigating the city and eating at local restaurants more of a challenge than in Southeast Asian cities.

We found some nice underground (literally) workers’ eateries, but the menus were all in Korean and nobody could translate or provide a visual menu. The restaurant workers, while nice, didn’t seem overly interested in translating or assisting us, so we moved on until we found a high-end food court in one of the malls. Even in the mall, English was virtually non-existent. Luckily, they had mock-ups of the meals to choose from – just point at what you want to eat.

Giddy workers giggled and pointed at us as we awkwardly arranged for our meals and drinks, reveling in how out of place we seemed. It was all in good fun. There were smiles all around as the food arrived along with heart-felt laughs at our success in procuring food. Even in a food court, Korean food is phenomenal. It’s worth coming into Seoul just to eat. 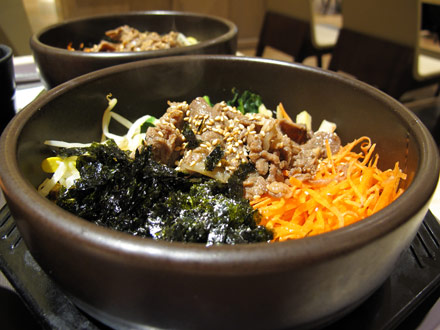 I have to say that after more than two years in Southeast Asia, I was stunned by how little English was spoken in Seoul. We were able to squeeze a few limited sentences out of some teens, but communication was bordering on difficult. Somehow, I expected modern Korea to be more prepared for foreign tourists.

I was equally surprised by how low-key and rather dated Seoul felt. After the ultra-swanky malls of Bangkok, Kuala Lumpur, and Singapore, Seoul felt – well – behind the times. For such an economic powerhouse as Korea that came as quite a shock. Somehow, I had expected Seoul to be the most cutting edge of them all. Perhaps, we just didn’t make it to the right part of the city. I think more exploration is definitely required.

Despite these first impressions, there is definitely one area in which Seoul wins hands down… its Incheon airport. Traditionally dressed Koreans wander through the terminals posing for pictures and performing traditional dances. The airport is massive and boasts a huge selection of shops and restaurants, a golf course, private sleeping rooms, a spa, free private shower rooms, an ice skating rink, a casino, indoor gardens, and a Museum of Korean Culture. The airport is so good that it has been voted the best airport in the world for the last seven years straight. It’s definitely the best airport I’ve ever seen. 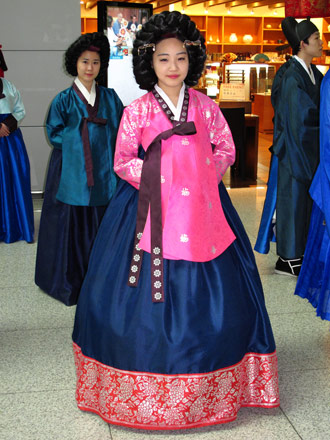